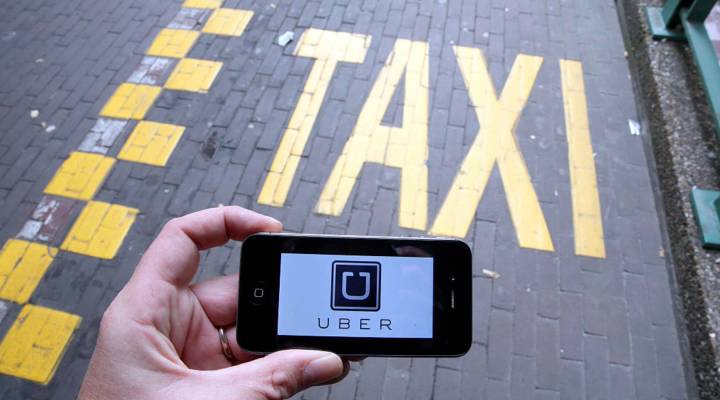 When it comes to work, are you more Dolly Parton in her “9 to 5” days? Or perhaps you lean towards Jay-Z’s well-known lyric, “I’m a hustler, baby…”

Seems that 44 million Americans fall into the latter category, with a side hustle of their own. Or to put it another way, a means to earn extra cash aside from your main source of income. Think driving Uber, delivering Postmates or making craft goods at home.

That data comes from a recent survey from Bankrate, which found that younger millennials are among the most prolific side hustlers. According to Bankrate’s Sarah Berger, “28% of people between the ages of 18-26 have a side hustle.” But baby boomers are the ones earning more from their after work endeavors. ” Younger baby boomers between the ages of 53 and 62 are the most likely age group to pull in at least an extra $1,000 per month,” said Berger

Why are people taking on side hustles? In an email to Marketplace Weekend, Nick Brinks from Ames, Iowa said he’s been side hustling since graduating from college in 2014 “I paid off my student loans super early, and now that money is going into investments.”

For Brian Logan from Watkinsville, Georgia, he and his wife Emily took on extra work selling antiques and teaching at a local university to shore up the future. “We see these side hustles as a means to make up some ground we feel we lost in the recession.”

Thinking of taking on your own side hustle? Nick Loper, host of the Side Hustle Show podcast had these thoughts to share:

What makes for a good side hustle?

One that you stick with, is the main criteria here.  If there isn’t a powerful “why am I doing this?,” it’s so much easier to go back to Netflix or sitting on the couch.

What are the most common mistakes people make?

The one that I see is spending too much time on the ramp up period, in terms of investing way too much time, or way too much money before you’ve ever validated your idea or gone out and got a customer.  I’ll hear from people “I spent $30,000 on this website and there’s no traffic” or “I spent the last eight months writing this book and nobody’s buying it” and so I say “slow down!” There are ways to validate  this stuff before putting in all that time.

Alright — so how do you figure out if something’s going to take off?

Ask somebody. Post in a social media group or your Facebook page. It can be intimidating asking someone one-on-one if they would pay for your product or service, but you’ll get an idea if your idea is viable.

Sounds good — so I’ve spoken to people, they like what I have to offer, how do I keep myself on track?

Find some sort of accountability group or peer group. Even though there are 44 million side hustlers in America, it can be a lonely road. When I started out, I didn’t have anyone to talk to and I didn’t really advertise what I was doing. And also, do one proactive thing everyday on your business before diving into social media or email. No matter how small, identify those high priority tasks the night before and tackle one before you get stuck into the day.

Help me out. I think my idea is really off the wall, but other people are out there with some hustles that you wouldn’t expect to fly, right?

I met a woman who makes $4,000 a month teaching people how to make the perfect sourdough bread on an online education platform. She has a huge Facebook community of 35,000 other bakers and people are paying good money to know how to make good sourdough. I’m pretty inspired by that!

To listen to more of Nick Loper’s interview, click on the media player above.