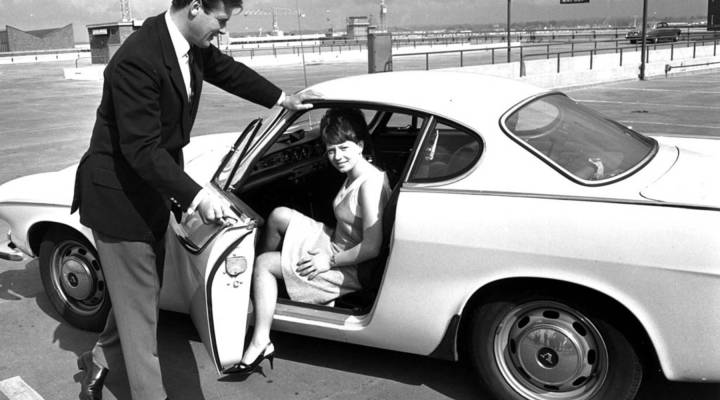 COPY
English film actor Roger Moore opening the door of his Volvo for Isabelle McMillan in a scene from the television series, "The Saint." Len Trievnor/Express/Getty Images

English film actor Roger Moore opening the door of his Volvo for Isabelle McMillan in a scene from the television series, "The Saint." Len Trievnor/Express/Getty Images
Listen Now

Volvo just announced that all of its new cars will be either electric or hybrids by 2019, with plans to launch five new electric models in the next few years.

But there’s another business reason for Volvo’s decision, according to Jonathan Gitlin, an automotive editor at Ars Technica. Tougher emissions standards will go into effect in Europe and China over the next few years.

By switching to electric cars, Volvo is also following through on a commitment it made to lower its cars’ carbon emissions. That could be good branding, said Michelle Krebs, an analyst with Autotrader.

“Volvo was always known for safety. However, everybody else caught up and now this will…make Volvo different from all other manufacturers,” Krebs said.

The competition might also be giving Volvo the motivation it needs to roll out these changes. Tesla is expected to release its Model 3 — the company’s first mass-market electric car — as soon as Friday.

“[It] aims to sort of do what the Ford Model T did to the internal combustion engine car,” said Jonathan Frewin, a business reporter for the BBC. “And certainly I think Tesla has been put a little bit on notice by this announcement from Volvo.”

But don’t expect this decision to spell the end of gas-only engines. Krebs said electric cars are still a small percentage of car sales. And until there’s better infrastructure for them, things are likely to stay that way.

Correction (July 8, 2017): A previous version of this story misidentified the CEO of Volvo. The text has been corrected.