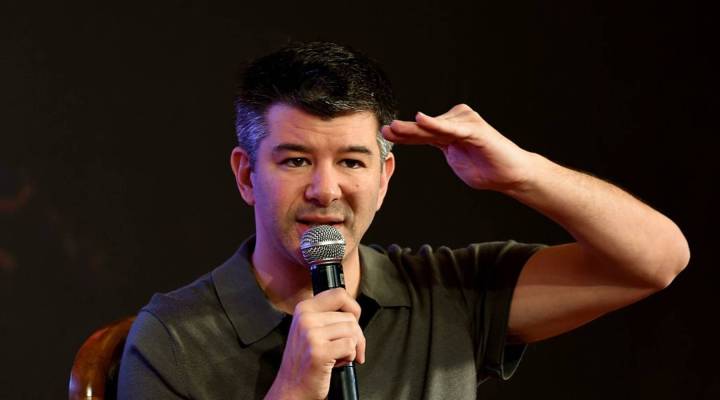 Uber CEO Travis Kalanick may have been forced to resign the top spot at the company, but don’t count him out just yet.

Word came out on Tuesday night that investors had ousted him, a move following investigations into the company’s culture and allegations of sexual harassment. Uber has already fired 20 employees amid these probes. Kalanick remains on the board of directors at the company.

In a statement, Uber’s board said: “Travis has always put Uber first. This is a bold decision and a sign of his devotion and love for Uber. By stepping away, he’s taking the time to heal from his personal tragedy while giving the company room to fully embrace this new chapter in Uber’s history. We look forward to continuing to serve with him on the board.”

But even though Kalanick has lost his CEO position, he has what’s known as “super voting stock,” which will enable him to control the company with a couple of key allies on the board of directors, said Adam Lashinsky, author of the book “Wild Ride: Inside Uber’s Quest for World Domination.”

Kalanick and his allies have a significant number of these shares, which gives them 10 votes a share, reported the New York Times.

So does the company actually have what it takes to make meaningful change?

Erik Gordon, a professor of business at the University of Michigan, argued that Kalanick’s remaining influence could be a positive for the ride-sharing juggernaut.

“He clearly has been outvoted by his board. But they’ll still get to have his voice, have his energy, have his insight,” Gordon said. “It might actually be the best of both. The important thing was to clear the deck and have a new CEO who’s not part of the Uber culture.”

Lashinsky also remains optimistic, arguing that Uber could be able to move forward — as long as it has the right leadership.

Kalanick announced a leave of absence earlier this month, with the aim of coming back and revamping the ride-sharing company into “Uber 2.0.”

So why did investors make the decision to remove him now?

Well, they may not have actually believed that he planned to take a leave of absence.

“The strong opinion among the few people who mattered coalesced around the fact that first of all, the leave of absence was a bit phony. He said, I’m not going to be CEO for some period of time, I can’t tell you how long, but I’m still going to be involved in all the important decisions,” Lashinsky said.

Plus, his fixture at the top would make it extremely difficult to recruit the next generation of leadership, he added. Some of the positions that Uber has open include a chief operating officer and a chief financial officer — and now, obviously, CEO.

“Now they can look for a chief executive officer and they can really shoot for the stars in terms of experienced talent,” Lashinsky said.

They’ll need to do it fast, though.

Morale is going to be incredibly low and there’s hardly a leadership team left at all, notes Marketplace’s senior tech correspondent Molly Wood.

The key question here, Wood said, is who is the grown-up who can come in and put this company back together?