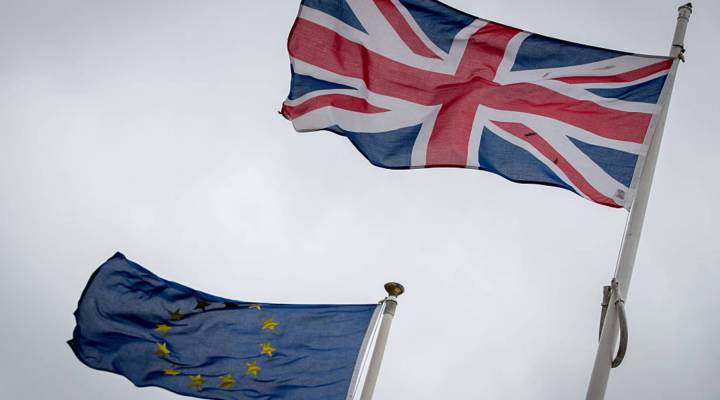 Since the British people voted in a referendum a year ago to leave the European Union, their decision has caused political turmoil in the United Kingdom.

A prime minister resigned after the referendum result, an opposition leader was almost deposed and, one year on, an early and rancorous general election is now underway. The poll Thursday will decide which government will lead the tortuous exit negotiations between Britain and its EU partners.

Brexit has already been having economic repercussions, too. British recruitment agencies report a sharp decline in job applications from continental Europe, and since almost half the new jobs created in the U.K. over the last decade have been filled by EU nationals, economists and business leaders are expressing concern.

Isis Acosta is not surprised that EU nationals are shunning Britain. She blames “post-Brexit status anxiety.” She and her husband, Carlos, arrived from Spain to start a new life in London five years ago. They now have a 2-year-old daughter, Annabel, and until the referendum, they had every intention of raising her in Britain.

“That’s why we had Annabel here,” Isis told Marketplace. “I felt the public health system was good. We have friends here. We had a good life. Until the referendum. Now, the uncertainty is terrible.”

Isis feels uncertain about her family’s rights after the U.K.’s link with the EU has been severed and their automatic right to settle in Britain has been extinguished.

Will they continue to have access to state-funded health care and education? Will it be safe to buy a house in the U.K.? Will they even be allowed to stay?

Isis Acosta and her husband Carlos.

Her husband, Carlos, is torn. He loves his well-paid job as a manager in a London software company and revels in the city’s cosmopolitan culture, but he is also wondering whether his family would be better off back home post-Brexit.

“Will we be subjected to new taxes in Britain? Will we, as EU citizens, be treated worse than British people?” he asked.

Many would-be migrants are apparently asking themselves the same question. Carlos’ firm is now finding it much tougher recruiting talent from continental Europe.

“It’s taking much longer to fill vacancies. Last year, it was a matter of two weeks to one month. This year, it’s a matter of three months, and that’s because of the uncertainty caused by Brexit. It’s putting people off,” Carlos said.

Net immigration into Britain — the difference between the number of people coming in to settle and those leaving — has fallen since the Brexit vote, down from about a third of a million a year to about a quarter of a million. That’s partly due to EU nationals going home but also due to fewer coming to the U.K. Tom Handley of the Recruitment and Employment Confederation, a trade body representing recruitment agencies, said this is fast becoming a major crisis in some sectors of the economy.

“One of our members who works in the health care sector says the number of nurses coming from EU countries is down 80 percent compared to what it was pre-referendum. So there’s definitely a squeeze happening, particularly in areas where we really need staff, like our health care service,” he said.

“In fact, there are shortages across the board from accountancy to cleaning. And it’s a fallacy that there are thousands of British workers lining up to do these jobs. There aren’t. We have to bring people in from abroad, because we’re almost at full employment.”

The current British government has played down the shortages, insisting that, if re-elected, it will ensure that British businesses get all the labor they need. Ministers say they wanted to guarantee the rights of the 3.6 million EU nationals in Britain soon after the referendum, but the European Union has so far refused to reciprocate by guaranteeing the rights of  British people living in the EU. This issue is now one of the top items on the Brexit talks agenda.

Roger Casale, founder of New Europeans, a civil rights organization that champions freedom of movement for European citizens, is very critical of the British government stance.

“What it’s really saying is that it wants to hold over 3 million EU citizens hostage in the negotiations. Let’s remember, we’re talking about human beings and their rights. And rights are non-negotiable,” he told Marketplace.

Casale said the British government should guarantee immediately and unilaterally the right of the European nationals in Britain to stay, and the European Union should do the same for the 1.6 million British nationals living in the EU.

“If Europe’s about human rights, then there’s nothing to stop it in the name of European values unilaterally guaranteeing the rights of the Brits in the EU, and this is what we’re calling on them to do. This is a matter of human rights for the EU and for Britain,” he said.

And many British business leaders claim it’s a matter of sound economics, too.