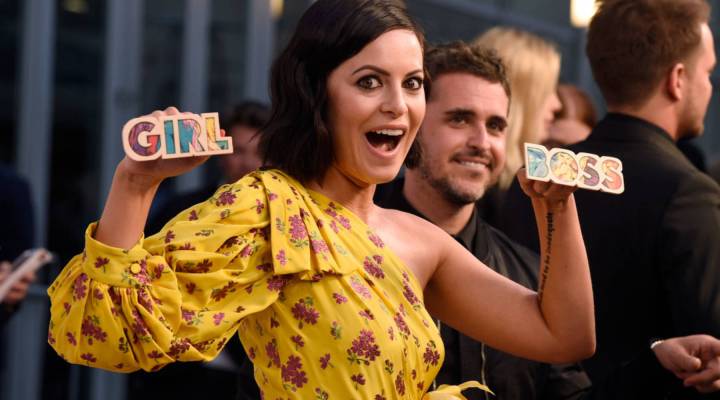 It’s easy to tick off movies and TV shows with business men as their central characters — think “Mad Men,” “Social Network” and “Wolf of Wall Street” — but there’s one group of entrepreneurs who often don’t get to be the lead: women.

Then there’s “Girlboss,” the Netflix series based on Nasty Gal founder Sophia Amoruso’s memoir of the same title. The show follows her as she grows her vintage clothing business.

While “Girlboss” may not be the series for everybody, it got us thinking: where are the movies and TV shows about women in business?

Prof. Joanne Clarke Dillman, a lecturer on media and film at the University of Washington-Tacoma, said there is generally a the lack of positive female entrepreneurship portrayal in media. She pointed to the story of Mildred Pierce. Based on the James M. Cain novel, “Mildred Pierce” is 1945 film about a woman, played by Joan Crawford, who opens her own restaurant — and ends up in the center of disaster. There’s also a newer, glossier 2011 HBO miniseries starring Kate Winslet:

“It is, you know, really a cautionary tale, or it’s used as a cautionary tale, of what happens to women when they start out in business,” Clarke Dillman said. “But the truth is, she’s marvelous. She loves her job. She’s great at it. She’s a totally fantastic businesswoman. But then she has to fall. And so what we’re supposed to notice is that, see, she really should never have done it. Are these shows saying  that women really can’t have it all? [Or,] if you a want to be a strong business woman, you lose something?”

We asked Clarke Dillman for her recommendations for other movies portraying strong business women that would be good to watch this summer and here’s what was on her list:

The 1987 story of a management consultant, played by Diane Keaton, who ends up “inheriting” a baby. Needless to say, her life is upended—and her career is, as well, though not necessarily in the way you’d expect.

The story of a woman, played by Juliette Binoche, who moves to a small, conservative French town with her daughter and opens a chocolatier.

The story of an aspiring baker, played by Keri Russell, whose pies reflect her unhappiness with her life. The movie is currently getting a musical treatment, starring Sara Bareilles.

What are your favorite movies or TV shows featuring women entrepreneurs—and what would you like to see more of? Let us know in the comments.