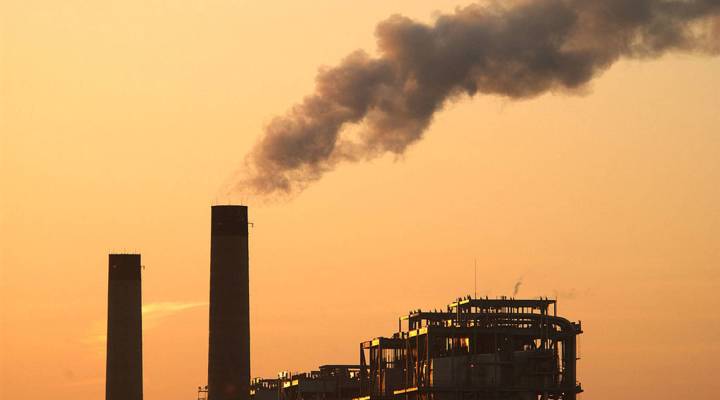 What the FERC does and why it’s not doing it

What the FERC does and why it’s not doing it

There are hundreds of federal agency jobs that have yet to be filled by the Trump administration. Now, the White House has rushed to fill two positions on the Federal Energy Regulatory Commission. FERC regulates pipelines and electric companies, and when there aren’t enough people on the agency, energy projects slow down.

FERC needs at least three of its five seats filled to be able to make big decisions. For the past four months, it’s only had two people. One of the remaining commissioners announced she’s stepping down soon. What does that mean for FERC ?

With only two out of five seats filled, new energy projects that need federal approval can’t move forward, according to Tony Clark, a FERC commissioner until last October.

“When it comes to new applications, new filings, major actions, it basically puts a halt to all of those kinds of things, and so it has an impact on really the entire energy industry,” Clark said.

The impact has especially been felt on natural gas.

“There’s almost $15 billion worth of projects that are on hold right now,” said Robin Rorick, group director of Midstream and Industry Operations at the American Petroleum Institute.

Rorick said the longer it takes to get more commissioners, the worse it is for energy companies.

“This is a long process,” Rorick said. “When companies are developing pipelines, they’re planning two, three, four, five years out in advance. So at any point that there’s a hiccup or a block in that process, it pushes those projects further out.”

But for people who oppose pipelines, the delays have been welcome. David DelVecchio, mayor of Lambertville, New Jersey, said he’s against plans for the PennEast natural gas pipeline because of safety concerns.

The 120-mile route would cut between a dam and a filtration system that provides the city’s drinking water. As approval for the pipeline has been stymied, city officials have used the time to set up meetings with Sen. Cory Booker, U.S. Fish and Wildlife officials and community groups.

“We just got as many people to intervene and to oppose it and to comment on it as possible,” DelVecchio said.

FERC — and thus the pipeline plans — could get going again by June. Two commission nominees are making their way through Senate confirmation. Their path has met some opposition. Protesters interrupted confirmation hearings last week, saying FERC too easily rubber-stamps oil and gas projects without consideration for climate change.

FERC has typically been nonpolitical. The two Republican nominees are Neil Chatterjee, an adviser to Sen. Mitch McConnell, and Rob Powelson, a former Pennsylvania utility commissioner.

They both understand the role of FERC, said an official with the Natural Resources Defense Council.

“We can work with these nominees, and we think that the value of working with them outweighs whatever benefit we would get from opposing them,” said John Moore, director of the Sustainable FERC Project for the NRDC.

Moore said part of that work will be reminding commissioners to consider clean energy as they decide what’s best for the public — whenever they get FERC going again.