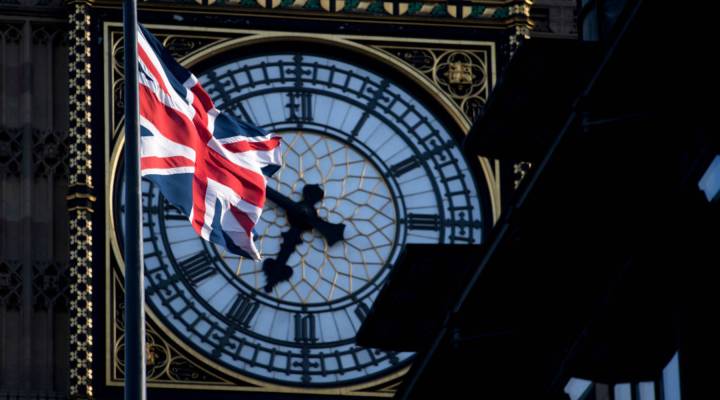 On  June 19 – 11 days after the United Kingdom general election — British and European Union negotiators will sit down and begin  hammering out the terms of Britain’s departure from the bloc. The omens are not good. The U.K.’s Brexit secretary, David Davis, has warned that he might walk out of the talks over the so-called “divorce bill” —  the sum Britain will be required to pay to extricate itself from the intimate economic and political embrace with its 27 European partners.

“We’ve had these huge numbers appearing in the papers: 50 billion euros, 60 billion and now 100 billion,” Davis told the BBC.

“It’s the first phase of a two-year period of very tough negotiation.” But Davis said that he would quit the talks if the other EU members states insisted on a payment of as much as 100 billion euros ($112 billion) as an exit fee and if they persisted in their refusal to discuss a free trade deal until Britain agreed to pay up. Davis said that he regarded even 1 billion euros as “a lot of money.”

This issue could scupper the talks. John Springford of the Centre for European Reform told Marketplace that he could not imagine the EU’s 27 remaining member states shifting position on this issue.

“They believe that Britain has a clear duty to foot the bill for its share of expenditure agreed while Britain was a member. This is their No. 1 Brexit priority. The other member states don’t want to end up filling in the payments that Britain would otherwise have made,” he said.

Britain is the second-largest contributor to the EU budget and will leave a $13 billion a year hole in the accounts after Brexit.

Some EU member governments say that Britain should be expected to foot the bill for an EU expenditure that is not underway or even committed to until after the U.K.’s departure. And that has incensed many Brexit supporting Brits.

“If I resign from my local cricket club, I don’t then negotiate with them about how much longer I should pay the subscription. I just leave,” said British lawmaker John Redwood.

Britain’s accountants have entered the fray. The Institute of Chartered Accountants in England and Wales has just run its eye over the EU accounts and come up with some figures that for Britain, in the best-case scenario, are rather reassuring.

“The bill could be as low as 5 billion sterling. That’s equivalent to about $6.5 billion. We think the likeliest figure is about 15 billion sterling or around $20 billion,” said Ross Campbell, director for the public sector at the ICAEW.

Campbell said the Institute not only added up Britain’s share of EU liabilities — staff pensions, current farm subsidies and the like — but also deducted from the bill the U.K. share of some of the EU’s assets.

“We have a number of investments in European entities, such as the European Investment Bank, and might rightly expect the money to be returned,” Campbell told Marketplace.

The accountants say they’ve tried to bring an objective, professional view to bear on a highly contentious topic, but they accept that the size of the “divorce bill” will be a political decision and may reflect Britain’s desire to maintain good relations with its largest trading partner.

For many Brits who voted for Brexit, even 15 billion pounds (let alone 100 billion euros) is too much to pay, but, accountant Campbell said, they may like to consider that 15 billion pounds adds up to just seven days of public spending in Britain.