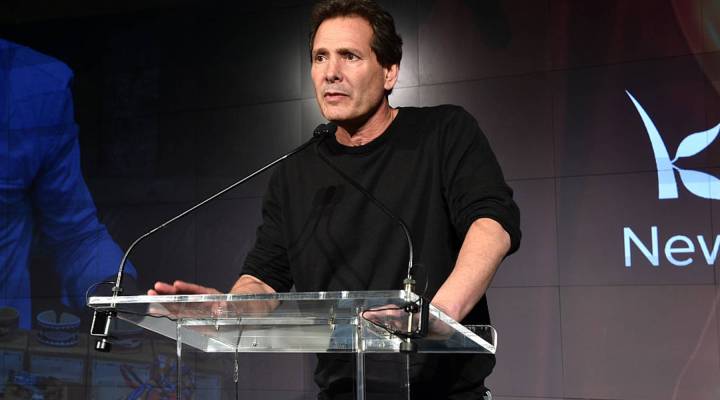 COPY
"When it comes to financial services, the single most important brand attribute you can have is trust," says Dan Schulman, CEO of PayPal. Larry Busacca/Getty Images for Kiva
Corner Office

"When it comes to financial services, the single most important brand attribute you can have is trust," says Dan Schulman, CEO of PayPal. Larry Busacca/Getty Images for Kiva
Listen Now

Arguably no company has done more for the cause of digital money than PayPal. But after Venmo, where does PayPal take our money next? And more importantly, how does it keep that money safe? Marketplace host Kai Ryssdal spoke to PayPal CEO Dan Schulman and got some answers about cybersecurity and the digitization of money. An edited transcript of their conversation is below.

Kai Ryssdal: Just as a place to get started, and with a nod to the changes that are common in this economy, I imagine you are now aiming this company at a totally cashless future in this society.

Dan Schulman: I think a lot of people have predicted the demise of cash, and they’ve frequently been wrong. But there’s no question that the smartphone is leading to the digitization of money. You really now have all the power of a bank branch in the palm of your hand. And that’s a tremendous benefit, to be able to both speed up the time it takes to do a payment and also reduce the cost.

Ryssdal: There’s a question I usually ask CEOs, and it goes like this: What keeps you up at night? I’m going to go ahead and answer that for you, because I can’t imagine it’s anything other than cybersecurity and getting hacked.

Schulman: Yeah, so obviously cybersecurity is of the utmost importance. But one of the things that helps a lot in cybersecurity is scale. And what I mean by that is you can’t just protect people through your username and your password. What you really need to have is a tremendous amount of data and information. We did over 7 billion transactions on the platform, and we take all that data and information and we run algorithms through it to basically identify behavior that’s abnormal and stop that behavior.

Ryssdal: Can’t possibly protect them all, right? I mean, there is some vulnerability out there. I mean, that has to be sort of a given.

Schulman: There’s always some potential vulnerabilities in any system. But again, if you have a tremendous amount of data and information, and we know so much more about you, we really can look at a full digital identity around you. We look at many, many, many, variables, which I won’t reveal publicly, to protect you. We’ve had a tremendous degree of success with that.

Ryssdal: Well, that gets actually to the whole privacy thing. And you are, I’m sure, old enough to remember when you just didn’t talk about salaries and money and how much people make. But now, first of all, you all have tremendous amounts of financial data on your clients and your customers. But you own, just for one example, Venmo, which is sort of a peer-to-peer social money-transferring network, where everybody can see who’s paying whose babysitter, and what the rent money is. You know?

Schulman: Ninety percent of people who use Venmo tag their payment with some sort of comment because it is part of their social feeds. However, that tagging is entirely up to the consumer. They can turn off those feeds. It really is up to them. We take the privacy of our consumers’ information as one of the most trusted things that people look to Paypal for, because when it comes to financial services, the single most important brand attribute you can have is trust.

Ryssdal: All right, so let me get back to where I started, which is this idea of, at some point, a cashless society. In, say, 10 years, with the digitization of money in this economy, what does Paypal look like?

Schulman: So I think if you think out over the next 10, 15 years, mobile is blurring the distinction between online and offline. And for consumers, there is a saying that it’s expensive to be poor. Over 50 percent of the U.S. population does not have $400 of savings. And so, if we can help people to do everyday transactions at a fraction of what it would cost other institutions to do that, I think that’s a noble mission for us and one that were inspired by.