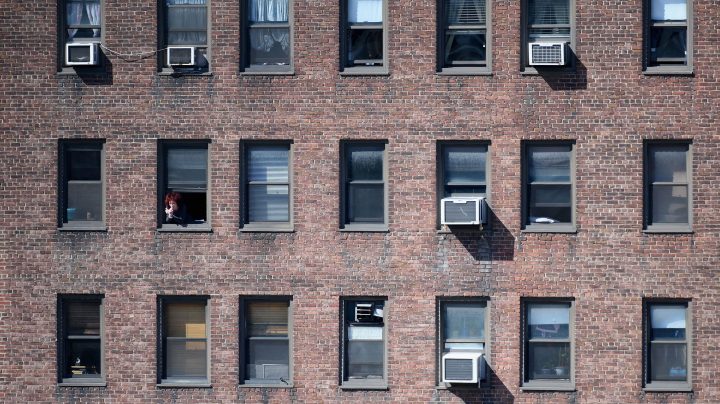 COPY
A resident looks out an apartment window in New York. For many, the rent is due tomorrow. Angela Weiss/Getty Images
COVID-19

A resident looks out an apartment window in New York. For many, the rent is due tomorrow. Angela Weiss/Getty Images
Listen Now

For many of the more than 30 million Americans who lost their jobs in the past six weeks, tomorrow is a stressful due date: rent day. We caught up with three people we spoke to last month, when they suddenly became out of work, to hear how their financial lives changed in April.

April Oliver of Boseman, Montana, recently graduated with her master’s degree in biochemistry and landed her dream job. However, her lab closed down before she was set to start working.

Oliver filed for unemployment but was told she didn’t qualify due to a clerical error. However, Oliver received her official job offer because the lab is reopening.

“I have to wait another month until my first paycheck,” Oliver said. “But we feel confident we’ll be able to make bills and credit card payments on time.”

Seth Schulman, a musician in Chicago, teaches private lessons at a local school and performs on the weekends. He hasn’t been able to teach his students since mid-March, when the school closed, and live performances have stopped too. Like Maria Barillas, he applied for unemployment insurance over a month ago. However, he hasn’t been able to receive any benefits yet.

“I’ve got a nice enough landlord to let me pay around half of my rent,” Schulman said. “But it feels pretty pathetic having to write a really long email or call them and be like, ‘Hey, things really suck. Can you spare me a bone?’ ”

Schulman recently heard from the school he works at that he can start virtual lessons with his students, which will help him make ends meet.

Maria Barillas works as a server and barista at a Brooklyn restaurant that closed in mid-March due to the coronavirus outbreak. She almost immediately started collecting unemployment insurance, along with the extra $600 that was added because of this crisis.

“It’s basically given me a full weekly wage,” Barillas said. “I feel confident that as long as I have unemployment, I can pay for stuff.” 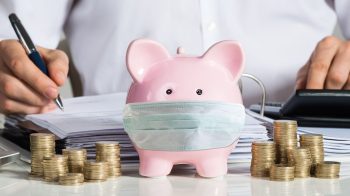 Facing another month of costs in the coronavirus economy