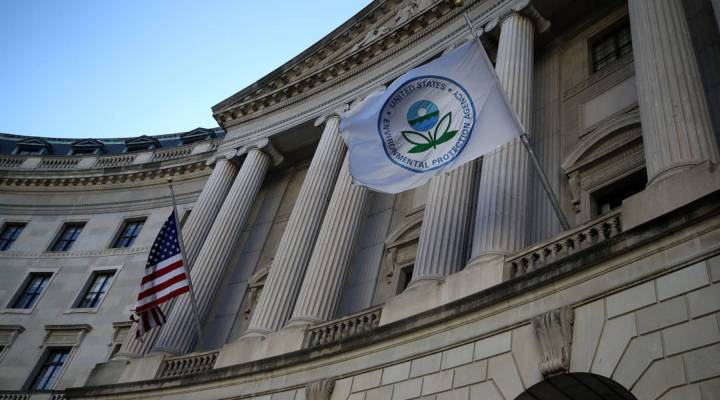 A bill with a sunny-sounding name, the HONEST Act, quietly passed the U.S. House of Representatives in late March, a development that science advocacy groups fear could gut the essential workings of the Environmental Protection Agency if it were to become the law.

The changes could undermine a host of the EPA’s current and future rules on clean air, lead and drinking water, according to science and university groups opposing the bill.

“This is not an abstract discussion — people will die,” said David Michaels, a George Washington University epidemiologist and former assistant secretary at the Occupational Safety and Health Administration under President Obama. “Exposure to pollution kills thousands of people a year. We won’t be able to stop that.”

Supporters, however, see the HONEST Act as a way to hold the EPA to an appropriate standard for transparency.

“We have an agency imposing regulations that cost hundreds of billions of dollars, but refuses to provide the scientific data that supposedly support those regulations,” said Steve Milloy, a lawyer and former coal executive.

How we got here

According to internal agency emails, the office of EPA Administrator Scott Pruitt paved the way for the bill when it stated the agency could implement the legislation at no cost. This came despite extensive comments and concerns from the agency’s own staffers that the bill would be expensive and time-consuming, and restrict the EPA’s ability to use the best science. The tacit green light is unusual; typically, executive agencies resist efforts to tie their hands.

The Honest and Open New EPA Science Treatment (HONEST) Act has strong support from Republicans, who say it’s a transparency measure against what they call secret science. It would ban the EPA from issuing regulations or communicating environmental risks or hazards unless the underlying science is publicly available online in a way that the results can be reproduced by independent scientists. If, under the bill, the EPA can’t show the public the underlying data for a particular study, say one linking air pollution to disease, then it likely could not use that study to issue or revise a rule.

The bill faces uncertainty in the Senate, where it may not enjoy a filibuster-proof majority, but it could well hop aboard a larger piece of legislation, for instance, a spending bill, according to groups supporting and opposing the HONEST Act.

Showing one’s work and replicating it is a hallmark of good science. But a coalition of groups representing scientists, universities and medical providers has joined environmental groups and Democrats in opposition. Why? They spot decades-old corporate attempts to cherry-pick data and undermine what they consider legitimate environmental science.

Transparency as a weapon?

Scientists’ concerns stem from past calls for transparency that were then used against them. Epidemiologist Colin Soskolne, emeritus professor at the University of Alberta, has been on the receiving end of industry efforts to, in his words, “cast doubt and foment uncertainty.” He said scientists have good reason to be concerned about industry efforts to force publication of their raw data sets.

In the late 1970s, Soskolne found strong associations between oil refinery workers at an Exxon plant in Louisiana and incidence of throat cancer. The key connection: exposure to sulfuric acid. Exxon, which initially underwrote his work, hired a consultant to challenge his data (the consultant’s finding confirmed the cancer link, though with a lower correlation) and sent an executive to critique his work as sloppy before Soskolne’s academic advisers.

“They accused me of not being careful in doing the research,” Soskolne said. In the end, Soskolne received his doctorate, published his work and had his findings independently corroborated. But he offers this lesson to epidemiologists harassed by opponents to release their data: their findings will be twisted by corporate or ideological interests. This is the fear of science groups opposing the HONEST Act.

“The issue of sharing data has enormous implications for the researcher,” Soskolne said, “because anyone with malevolent intent can take your data, without you being party to it, and do with it what it wants.”

Echoes of the tobacco wars

Corporate lobbying tactics are rarely made explicit. But another industry, tobacco, provides a window. Documents produced during litigation against cigarette makers in the 1990s reveal a plan to undercut epidemiological findings used by EPA regulators. The idea: Make the science look bad.

One 1997 Philip Morris document in the tobacco lawsuit archives addresses “focusing on the poor scientific foundation of the regulations instead of solely using economic arguments.”

The broader strategy, according to the document: “diminishing the credibility of the EPA in the eyes of the public.”

“We have these secret documents written by the tobacco industry that came out in lawsuits showing this is exactly the strategy: get the raw data, reanalyze it,” said Michaels. The GWU epidemiologist also wrote “Doubt Is Their Product: How Industry’s Assault on Science Threatens Your Health.” “And now they’ve got their hands on the levers of power at the EPA. And that is what is so dangerous.”

He sees this strategy behind the rhetoric of the HONEST Act.

“When the tobacco industry or the Republican Congress say they want sound science, they don’t mean sound science,” Michaels said. “They mean something that sounds like science.”

The role of science at the EPA

On the surface, the HONEST Act fight is over epidemiology, data and new procedures for scientific review at the EPA. But underlying this bureaucratic, congressional process is a clear signal from the EPA. According to congressional budget documents and internal agency emails, under the Trump administration the agency plans to use less science in the issuing and revising of regulations.

In its communications with the Congressional Budget Office — the official scorekeeper for Congress, which asks agencies to measure the impact of proposed legislation on their agencies — the EPA indicated plans to spend minimal dollars to implement the HONEST Act.

“EPA officials have explained to CBO that the agency would implement H.R. 1430 with minimal funding,” the Congressional Budget Office wrote in a March 29, 2017, analysis.

This approach, according to the CBO cost estimate, “would significantly reduce the number of studies that the agency relies on when issuing or proposing covered actions.”

The irony is, the HONEST Act would, on its face, imply significant costs for the EPA. The bill would require the agency to acquire raw data from scientists, post it online and redact confidential information. By stating to the CBO that it will spend minimally on HONEST Act compliance, the EPA makes explicit its plans to ignore studies, new and old, that don’t meet the bill’s transparency standards. The agency did not respond to Marketplace’s request for comment.

Agency documents reveal a division inside an agency where tensions are already high under the leadership of Administrator Scott Pruitt. Career scientists and staffers concerned about a 31 percent budget cut proposed by the White House have also been visited by a president signing an executive order seeking to unravel agency work on cutting carbon pollution.

A staff-level analysis of the HONEST Act responding to inquiries from CBO did not make it past Pruitt’s office to reach the reviewers at the CBO. This staff analysis was obtained by Marketplace, and confirmed independently by two EPA employees. The analysis estimates the HONEST Act would impose costs on the agency of more than $250 million a year. Put another way, the staff assumes the agency would still incorporate large amounts of scientific findings into its decision making.

“EPA estimated that it would cost $10,000-$30,000 per study” to comply with the HONEST Act, the internal staff analysis stated, “but some studies may cost closer to $1 million.”

Marketplace is keeping the source of this email anonymous to protect the identity of the sender. “AO [Administrator’s Office] ultimately decided to send a response back to CBO that said ‘no cost, no comment’” the email said.

The EPA’s apparent top-level involvement in this case is unusual, according to current and former agency officials. In past administrations, political appointees have stayed out of the way of back-and-forth communication with the CBO. In the Trump administration, however, “it’s implied that everything has to go through the administrator’s office,” said one agency staffer who has seen the internal email and HONEST Act analysis but is not authorized to speak on behalf of the agency. Assuming the agency plans to do less with less, this staffer said the HONEST Act “will severely impede our ability to do our mission.”

The bill could pave the way for the EPA to toss out scientific findings underlying a host of rules that limit soot, ozone, acid rain, carbon monoxide and lead. In fact, even if the bill fails, EPA Administrator Pruitt may be able to unilaterally impose the legislation’s transparency requirements under the banner of making key environmental science findings public.

“The administrator has plenty of power over how the agency does science, and he can decide we’re not going to use this secret science,” said Milloy, the EPA critic who has several colleagues at the E&E Legal Institute, a free-market think tank, to have served on the EPA transition “landing team” in the early weeks of the Trump administration. “I have confidence that he will see things my way.”