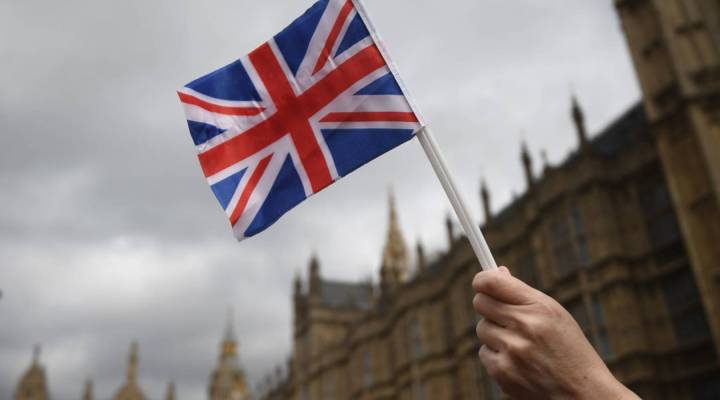 COPY
British Prime Minister Theresa May addressed the Houses of Parliament today, triggering Article 50 and the process that takes Britain out of the European Union. Carl Court/Getty Images

British Prime Minister Theresa May addressed the Houses of Parliament today, triggering Article 50 and the process that takes Britain out of the European Union. Carl Court/Getty Images
Listen Now

The British government has fired the starting gun on Brexit. After more than four decades of membership of the European Union, the British government has officially notified its European partners that the U.K. is leaving the bloc. Two years of wrangling will now begin as Britain negotiates the terms of its departure and the shape of its new trading relationship with the 27 remaining member states. That relationship will certainly be less beneficial for British companies after Brexit.

“We want a fair deal for the United Kingdom, but that deal must necessarily be inferior to membership” said Maltese Prime Minister Joseph Muscat.

Losing full and unfettered access to the world’s biggest free trade zone wouldn’t be easy for any business, but for the U.K.’s most successful exporting industry — financial services — it could prove traumatic. Sixty percent of the services sold abroad by London’s financial center — the “City,” as it’s known — are sold to the rest of the European Union. That business earns the United Kingdom more than $30 billion a year and underpins an industry that employs more than 2 million people and pays more tax than any other sector.

“I think financial services will suffer the most from the type of hard Brexit the U.K. government seems intent on,”said Mujtaba Rahman, managing director for Europe at Eurasia Group, a political risk consultancy. “In the worst-case scenario, you’re talking about a very significant adjustment, economic pain.” Rahman agreed that could entail “massive job losses and perhaps hundreds of millions of dollars worth of business lost.”

The big investment banks based in London are clearly fearful they may lose access to mainland Europe after Brexit. Goldman Sachs is shifting hundreds of staff from London to a continental financial center as a contingency plan; Morgan Stanley could move up to a 1,000 jobs; and Bank of America has been eyeing Dublin as a new base. Officials from Paris and Frankfurt, Germany, have been busy in recent months trying to persuade other London-based financial institutions to relocate some of their operations to their respective centers.

But Gary Campkin of TheCityUK, a lobby group for the British finance industry, is unworried:

“We see no reason why London cannot continue to be not only the world’s leading financial center, along with New York, but also Europe’s financial center,” Campkin told Marketplace, adding that European companies need unfettered access to London’s huge pools of  international capital.

Others are even more dismissive of any potential threat from Brexit.

“It won’t affect us at all,” said John Battersby of the online peer-to-peer lending firm RateSetter. The firm set up in the City just after the financial crisis and has clocked up more than $2 billion worth of business. “We don’t think that we will be held back by EU laws or trade agreements following Brexit,” he said. “Our business is all about taking advantage of opportunities. It’s about drive, determination and entrepreneurial spirit.”