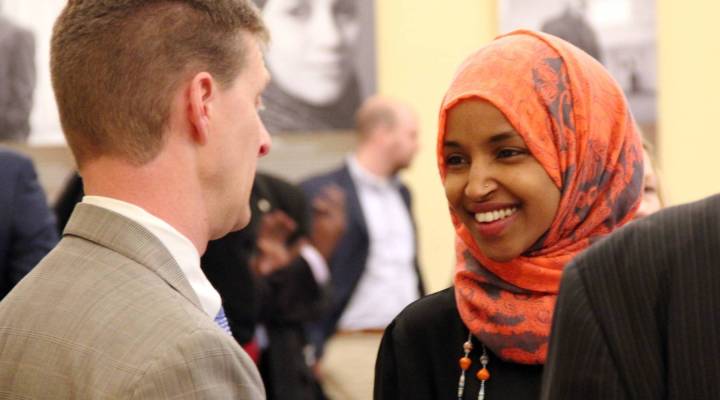 Minnesota is home to the nation’s largest Somali-American population, including U.S. citizens, their children and more recent newcomers. And after about 25 years of building their lives here, they’re pushing for increased investments in their community.

Somalia is one of the predominantly Muslim countries targeted by President Donald Trump’s new travel ban, which he signed March 6. The executive order blocks visa processing for nationals from Somalia and five other countries for 90 days.

Many Somali-Americans say they’re feeling public scrutiny now more than ever, even though they’re long accustomed to juggling multiple identities in this country.

“We’re black, we’re Muslim, we’re refugees,” said Hamse Warfa, a social entrepreneur from the Minneapolis area who disagrees with Trump’s immigration restrictions. “For me, it really reinforces why I need to double my efforts in the work I’m engaged.”

For Warfa, that work includes facilitating a new coalition that is pressing lawmakers for millions of dollars in state funding.

The Coalition of Somali American Leaders, which comprises about a dozen nonprofits from across the state that serve Somali Minnesotans, represents a new way for this community to lobby at the state Capitol. Rather than going solo, members say they’re banding together as a unified voice as they make the case for why their community needs increased financial support.

They’re working toward a set of shared goals, including economic development, preventative and mental health care, education and housing.

“It’s good for the state to invest in those kinds of programs instead of addressing the aftermath of disparity, which is usually where the money goes,” said coalition member Fartun Weli, who leads Isuroon, a nonprofit serving Somali women and girls.

“Right now we’re saying, ‘We have the skills, we know the community. Invest in us, and then we can build the community from the bottom up so they’re not stuck in poverty forever,'” Weli said.

“With just one finger, you’re unable to wash your face,” she says, quoting a Somali saying. “When we think about what it means for people to collectively work together and how much we can get done, that, I think, is going to send a signal to the state and the nation,” she said.

The most recent census data indicate that more than half of Minnesota’s Somali population lives in poverty. And the Somali unemployment rate is roughly 11 percent. These are sources of pain for the community, but many are emboldened by their growing political muscle. Aside from Omar’s recent win, Minneapolis also has elected Somali-Americans to its city council and school board.

Yet at the same time, Somali-Americans are more in the national news for concerns about extremism. Nine young men who were raised in Minnesota and radicalized here were recently sentenced for conspiring to travel to Syria to join the terrorist group ISIS.

Trump has defended his travel restrictions, saying they will give his administration time to improve vetting of people entering the country.

“We cannot allow a beachhead of terrorism to form inside of America,” Trump said in his recent speech to Congress. “We cannot allow our nation to become a sanctuary for extremists.”

But Abdirizak Bihi, a community activist from Minneapolis, said Trump needs to understand Somali-Americans have come here to escape war and terrorism.

“Maybe we have the same goals in mind,” Bihi said. “He hates ISIS and extremism. We do, too.”

He’s been speaking out against the dangers of violent extremism for nearly a decade, ever since his teen nephew was recruited, and eventually died fighting for, the terror group al-Shabab in Somalia.

Bihi and others want to expand opportunities for young Somali-Americans so they feel as if they belong — and can climb to the highest levels of civic and political leadership.