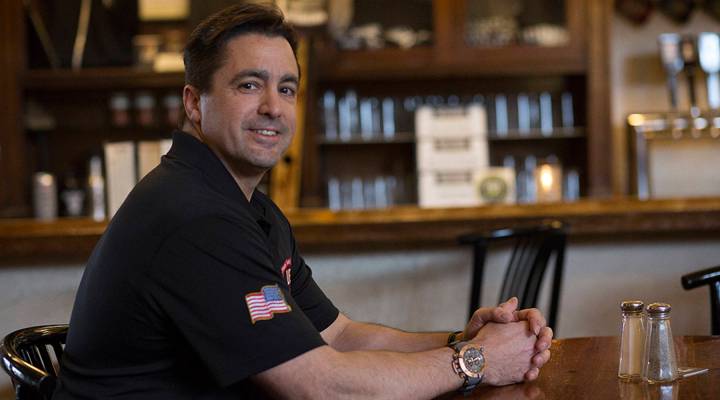 Editor’s Note: This interview was a follow-up to our a live broadcast from Erie, Pennsylvania. Erie is at the center of our yearlong reporting project, “The Big Promise.”

When we last spoke to Scott Slawson, he had high hopes for Erie and no hope for help from the Trump administration. Hit hard by the loss of manufacturing jobs, the Pennsylvania town has been struggling to remake itself. Slawson, the union president of Local 506 of the United Electrical, Radio and Machine Workers of America, didn’t think Donald Trump’s election in November wouldn’t change the situation for Erie. Change was going to have to come from the town itself.

A month after the inauguration, Slawson still doesn’t expect much help from the president.

“I think I was pretty firm then, and I think that my stance is still the same,” he said.

For Slawson, it’s not that Trump’s policies won’t help Erie; it’s just that improvement is going to take longer than a few years.

“A lot of people have the belief that politicians have stopped listening to what the average working people are saying, and it’s time to put a businessman in charge of our country, because they know how to run a business. And our country should be treated like a business,” Slawson said. “And then there’s the other side of that that says, no, that’s far from the truth. Do you put a billionaire in office to fix problems that were created by billionaires?”

In a time when it feels like the country is fractured, Slawson sees an Erie that is coming together despite its differences.

It may take plenty of work to remake the town, but Slawson believes in Erie as a community.