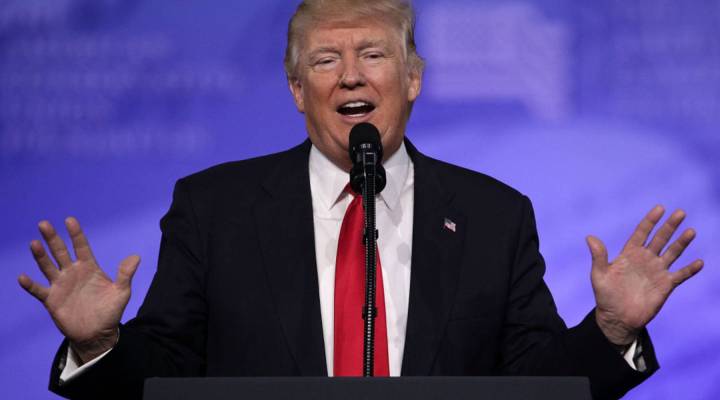 President Donald Trump has his big speech tonight, and one of the issues he’s expected to talk about is the budget. On the campaign trail and in speeches, Trump has made budgeting sound easy: You cut here, add there and you’re done, sort of the way businesses run their processes. But the federal budget is not a zero-sum game — there are political pressures,and many items that simply can’t be cut.

Trump would like to run the government like a business, but when it comes to the budget, there are some key differences. For one, members of Congress, who have to pass the budget, are not Trump’s employees.

“In a business, he can say, ‘You’re fired’ to people who don’t cooperate,” said Joe White of Case Western Reserve University, who has been studying the budget process for decades. “Whereas he can’t fire Paul Ryan and he can’t fire any senators.”

Another difference: Cutting spending from one area doesn’t necessarily free up money for something else, because of politics.

Budget caps previously passed by Congress enforce the idea of parity, which “basically means that any increase in military spending would be matched by a corresponding increase in domestic spending,” said Lindsay Koshgarian, a research director at the nonpartisan National Priorities Project. “And of course, Trump’s proposal throws all of that away.”

“This is, in some ways, an easy area to address because we’re leaving off the table the fastest-growing components of spending,” Hoagland said. Those are entitlements, like Social Security and Medicare, which make up about two-thirds of the federal budget. “Unless, of course, you’re talking about increasing taxes to pay for the increased spending,” Hoagland said.

It’s unlikely Trump would want to suggest that in his prime time speech today.