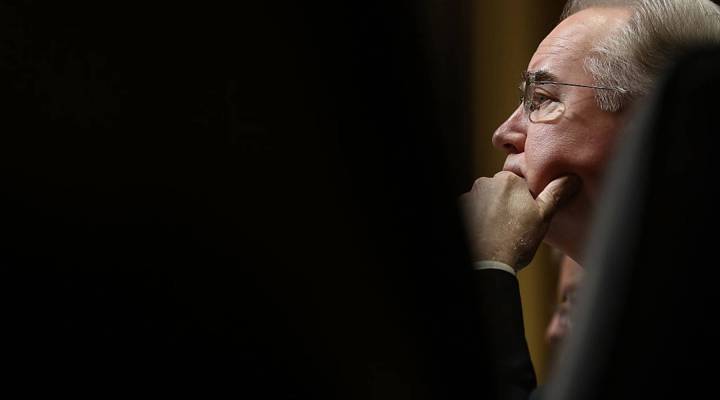 Early this morning, Tom Price was confirmed as Secretary for Health and Human Services. His priority: the as yet undefined Republican replacement for the Affordable Care Act, which President Donald Trump has promised this year, or maybe next.

Part of the overhaul is likely to include changes to Medicaid, the program that serves low-income Americans, children and the disabled, which was greatly expanded under Obamacare. It could be in for massive restructuring.

“One of the main reasons I signed up for Medicaid,” he said, “is that I lost my job. I didn’t have the income to continue paying for insurance.”

Pangonis is one of about 12 million Americans who have gotten Medicaid coverage through the expansion of the program under Obamacare.

In Pangonis’ case, he’s struggled with a variety of health problems, including substance and alcohol abuse, depression and neurological complications after an accident several years ago. More than anything, he said he wanted Medicaid to protect himself.

“I’m gay,” he said. “So I’m at high-risk for contracting HIV, so I take this medication, Truvada, so it doesn’t happen, and it’s covered by Medicaid.”

Pangonis is one of about 12 million Americans who have gotten coverage under the medicaid expansion. Before, most states covered mainly people who were poor — well below the federal poverty level — and only if they had children. Someone like Pangonis would’ve been out of luck.

To date, 31 states plus the District of Columbia have expanded coverage to include childless adults like him and people slightly above the poverty level.
But that expanded coverage could disappear under this new Congress. Harvard economist and physician Ben Sommers said that would be short-sighted.

But critics point out Medicaid has had little impact on chronic diseases like diabetes, and it’s costly.

Economist John Goodman with the conservative Independent Institute believes taxpayers — and people on Medicaid — would get a better deal if government backed away from health care.

“I would like to get people who are on Medicaid to take those same dollars and buy private health insurance,” he said.

There’s definitely plenty of room to debate whether we’re getting our money’s worth. But back in Philadelphia, Pangonis isn’t thinking about that. He’s just wondering if he’ll be able to afford his medication.

“I would see if I can afford it online. Or I just wouldn’t take it,” he said.

Pangonis said health insurance has given him peace of mind. If he had a problem, he’d call his doctor. He’s knows now things may change.