If you were watching the web feed of C-SPAN today, you might’ve noticed something odd.

Just as California Congresswoman Maxine Waters was making a speech about SEC regulations, the feed abruptly switched over to Russia Today, the television network funded by the Kremlin. There was a flurry of cheerful pop music, followed by a slideshow of promotional tweets encouraging tourism in a fictional country called San Escobar.

Here’s the moment Russia Today took over the C-SPAN1 feed. Unclear what happened. RT aired for about ten minutes before C-SPAN1 came back. pic.twitter.com/mhWVgCoFxF

While Polish Foreign Minister Witold Waszczykowski was lobbying for a position in the U.N. Security Council earlier this week, he alluded to the made-up nation in a press interview. Relentless mockery on Twitter soon followed, including the creation of @rpdsanescobar, which claims to be the official Twitter account of the “People’s Democratic Republic of San Escobar”. Strangely enough, the tweets that popped up when C-SPAN was interrupted actually belonged to this satire account.

CSPAN released a statement on Twitter shortly thereafter: “This afternoon the online feed for C-SPAN was briefly interrupted by RT programming. We are currently investigating and troubleshooting this occurrence. As RT is one of the networks we regularly monitor, we are operating under the assumption that it was an internal routing issue. If that changes we will certainly let you know.” 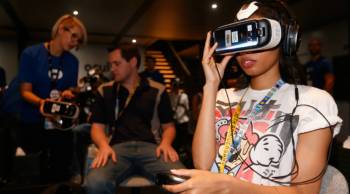