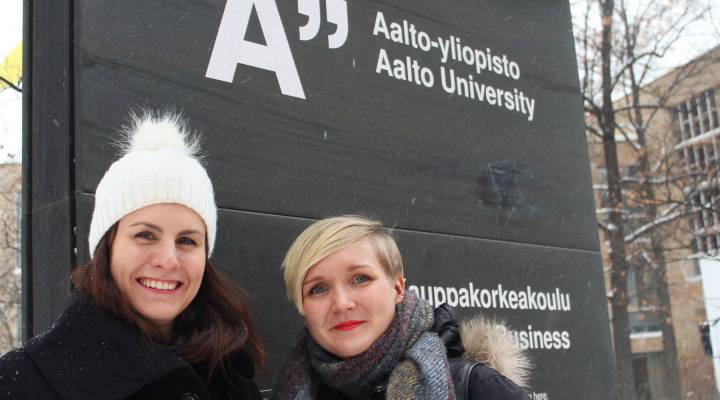 Finland is home to one of the most generous and expensive welfare states in the world.  The so-called “Nordic model” has served the country long and well, yielding one of the best-educated work forces in the world. But Finland’s center right government, headed by Prime Minister Juha Sipilä, argues the country can no longer afford so much generosity.

Economic growth has been sluggish, public debt is high and so is unemployment. The decline of Finnish cellphone maker Nokia has hurt jobs and exports. So have falling timber sales, as smartphones and tablets replace paper. Trade disputes with Russia haven’t helped. Labor costs are high, compared to many other countries in the eurozone. Right now Finland’s jobless rate is a little over 8 percent. Twenty percent of young adults aren’t working.

Olli Kärkkäinen, an economist at Nordea, said reform is necessary.

“Part of the reason for that is the aging of the population,” Kärkkäinen said. “So, we’re getting more and more elderly people. And of course, when we get less people at the working age we get less taxes. It’s not sustainable at the current state.”

The government has proposed nearly 10 billion euros in spending cuts and reforms, about $10.55 billion, by 2030. Government spending was 58.3 percent of GDP last year.  Compare that to the U.S.’s 34 percent. Finnish social welfare spending in 2016 was 30.8 percent of GDP, as shown in the chart below.  The country launches an experiment with basic income in 2017 to see if it might encourage work and ultimately save the state money.

Finns have long enjoyed a smorgasbord of state benefits, some overlapping, for many years. There’s universal health care, generous unemployment, disability and child care benefits. There are housing subsidies for the poor, child allowances and four months paid maternity leave, not to mention free college, including graduate school. If students need to borrow money for living expenses, there are supercheap student loans.

Tiina Vaahtio, a graduate student  at Aalto University in Helsinki, said even her cafeteria lunch is subsidized by the government. For less than $3, it’s all-you-can-eat.

“In Finland, everybody’s kind of taken care of,” Vaahtio said.

But cutbacks have already started, and next year non-European Union students will have to pay tuition, some unemployment benefits won’t last as long and public employees will get fewer paid holidays, among other belt-tightening. Universities, like Aalto, have already laid off staff, anticipating government funding cuts.

But even as Finland shrinks it social welfare state, some traditions are sacred, including Finland’s famous “baby box.” It’s a cardboard box that doubles as a bassinette, packed with clothes, blankets and other baby essentials. Every newborn gets one.

Olli Kangas, director of government and community relations at KELA, the agency that provides the boxes, said it’s symbolic in the sense that “children who are born in this country, they are equal and they should have equal possibilities to start their lives.” 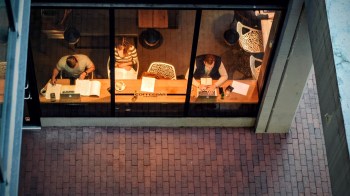