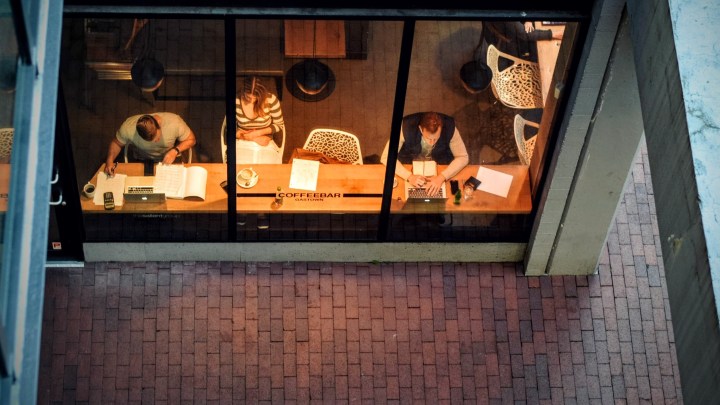 In many parts of today’s world, even with technology that makes non-traditional working hours possible, few companies officially offer the option. It might be down to having a trusting manager, but if the company’s human resources’ policies don’t support flexible working, even a trusting manager is unlikely to allow a permanent change.

Finland, though, is an exception to that rule. By law, most staff have the right to adjust their hours, and soon they’ll even get to choose where they work.

The BBC’s Anu Anand spoke to the BBC’s Nordics reporter Maddy Savage about the policy. Below is an edited transcript of their conversation.

Maddy Savage: Finland offers some of the most flexible working schedules on the planet. Global accounting firm Grant-Thornton found that 92% of Finnish companies allow workers to adapt their hours. That’s compared to 76% in the U.S. and the U.K., and only 18%, in Japan, for example. And this is all due to a law called the Working Hours Act. It gives most staff the right to adjust the typical daily hours of their workplace by starting or finishing up to three hours early or later. Now obviously, if you work in the fire service or in a school, you can’t do this. But if you’ve got a regular office job, you’re entitled to make the most of this law.

Anu Anand: And you found one amazing example: A senior manager at a Finnish IT company who was even allowed to work from Spain for six months. I mean, is this down to trust?

Savage: He was the first in the company to do something quite so extreme. But because of high trust levels and because of a culture of flexible working, they decided, “Why not? Give it a go!” And so he used online messaging tools like Slack and video conferencing tools to keep in touch. Things worked pretty well for him, and the company has said that they would consider others doing something similar. When it comes to trust in Finland, I think this goes back a long way. If you speak to sociologists, historians, economists, they’ll all tell you it’s a lot to do with the culture having low hierarchies, a culture that values consensus, and equality and financial security. And there’s also just a general emphasis on work-life balance. So people are supposed to spend time in nature. They’re supposed to spend time with their families. There’s an understanding that this brings good things to people’s lives and can make them more productive at work. And so increasing flexibility in Finland is more of a natural step on from that. In contrast, I think to other parts of the world like China and maybe even the U.S. where the live-to-work idea, the idea that you shouldn’t leave your office until the boss goes home — that’s still more the way that people think about work. In Finland, it is a very different approach.