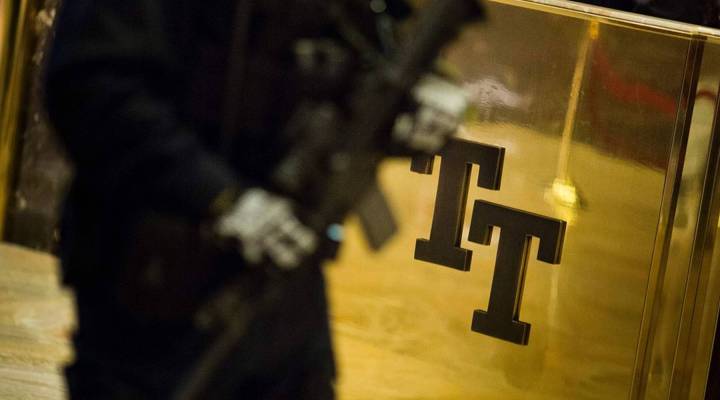 Some of the most expensive real estate in New York City — and the world, in general — has always found a home at Fifth Avenue, where a square foot can go for $3,200. Add a roster of high profile executives, politicians and cabinet picks visiting Trump Tower regularly, and that brings a continuous stream of pedestrian activity. And, of course, much more law enforcement and security for the President-elect.

Some are keen on making the best of that situation. According to Politico, Douglas Elliman, New York City real estate agent, is now advertising a 1,000-square-foot condo in Trump Tower worth $1.2 million. He’s using the following in an email blast:

“Fifth Avenue Buyers Interested in Secret Service Protection? The Best Value in the Most Secure Building in Manhattan. The New Amenity — The United States Secret Service.”

According to New York Mayor Bill De Blasio and several reports, providing security for Trump Tower can cost the city between $500,000 to $1 million. And with President-elect Trump saying that he will split time between the White House and Trump Tower, might both city security and the secret service be year-round amenities for potential buyers?