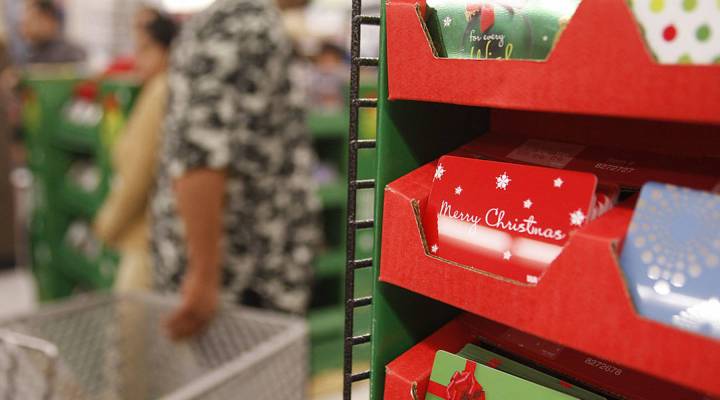 Gift giving and the holiday season go hand in hand. And for those last minute gifts, nothing has surpassed the go-to gift card. Available at most grocery stores, pharmacies, gas stations and corner store, they’re a easy and popular fill-in for those presents you’ve been putting off. Until they’re not.

Gloria and Lewis Polin spent $1,000 on Nordstrom gift cards at a Southern California CVS and gave them to their daughter. When she tried to purchase something at the retailer, the cards were empty.

It turns out that, yeah, it was activated, but then some sort of fraud took place at some point and the money went missing. I think what a lot of people don’t realize is there is in fact a shadowy world of third parties out there that handle the actual activation of the card and they’re not really accountable to anybody because we just don’t know who they are. I’m not saying that’s where the fraud took place — because Nordstrom or CVS wouldn’t tell me that — but it looks a little suspicious that that’s where it seems like the money has gone. And if that’s the case here, it makes you wonder how often this happens.

On how the fraud occurs:

One of the most common is a fraudster will go into the CVS or the Walgreen’s or whatever and find gift cards just loose on the rack. They can then write down the numbers of these cards and then they’re able to go online, track the numbers, wait for them to be activated and jump on them. And if that wasn’t bad enough, there have been reports of cashiers during the activation phase using small scanners to swipe the card, and then they either have the number or they’re going to keep the active card and give you a blank and send you on your way.

How to prevent gift card fraud:

The thing to do in a situation like this is you buy the gift card from the actual merchant. Also, be very careful of cards that are loose on the rack. And then if you do buy the card, it’s perfectly okay to turn to the cashier and say, “Let’s confirm that.” While the authorities know about it, as with most cases of fraud and identity theft, it’s one of those things where even though everyone wrings their hands about it it’s a tough one to prosecute. I mean, here’s a scary number to keep in mind: when it comes to identity theft, the actual number of prosecutions and convictions — 1 percent.