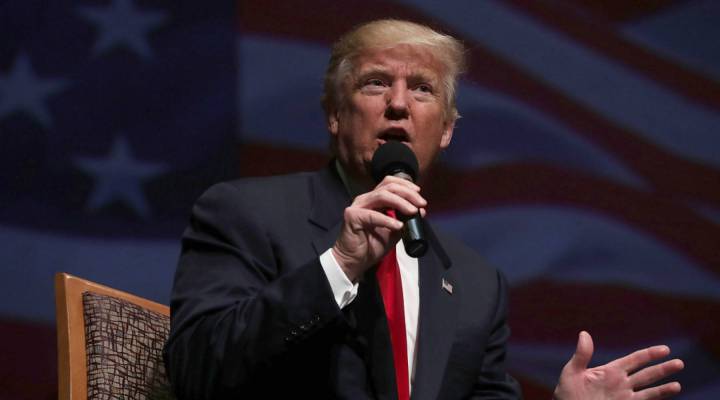 President-elect Donald Trump laid out some plans for his first day in office in a two-and-a-half minute video address released Monday. He pledged to immediately withdraw from the free trade deal called the Trans-Pacific Partnership, and put a five-year lobbying ban on people who have worked for the Trump administration. He also said he’ll target regulation, beginning with regulations on shale and coal. But it takes a lot to rescind a federal regulation that’s been finalized through a notice-and-comment process.

He also said this: “I will formulate a rule which says that for every one new regulation, two old regulations must be eliminated.”

An executive order like that would face a lot of legal and logistical obstacles, and probably be headed immediately to court. Still, it’s hard to know exactly how he thinks that idea would play out, because since his election, Donald Trump hasn’t held a press conference to take questions from reporters.