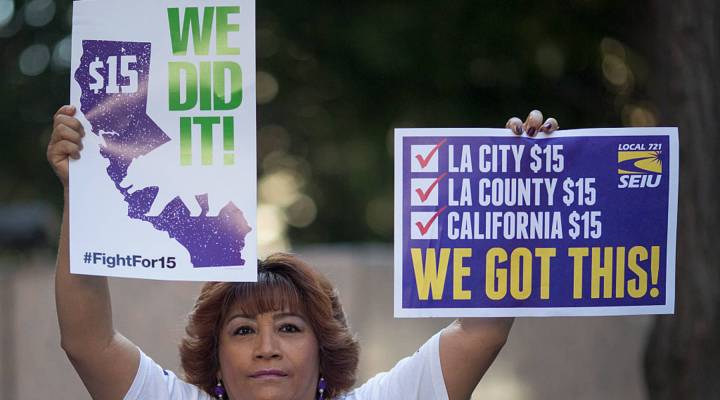 The election results show how divided the country is, but there’s an important economic issue where there’s some real agreement. On Election Day, people in four states voted to jack up the minimum wage.

Arizona, Colorado, Maine and Washington state will hike wages gradually, hitting $12 per hour by the year 2020, and $13.50 in Washington. The pay raises on the ballot all won by wide margins. Low-income workers in these states will earn much more than the current federal minimum of $7.25 an hour, the ceiling for 2.6 million workers.

“These folks who are earning at that rate cannot get by that easily. It’s not a good standard of life at that wage rate,” said Satyam Panday, an economist at S&P Global.

Republican congressional leaders have shown little interest in raising the federal minimum wage. President-elect Donald Trump spoke in support of $10-an-hour minimum wage on the campaign trail, but said that states should take the lead. That means the trend of state and local governments taking matters into their own hands on the minimum wage is set to continue in 2017.