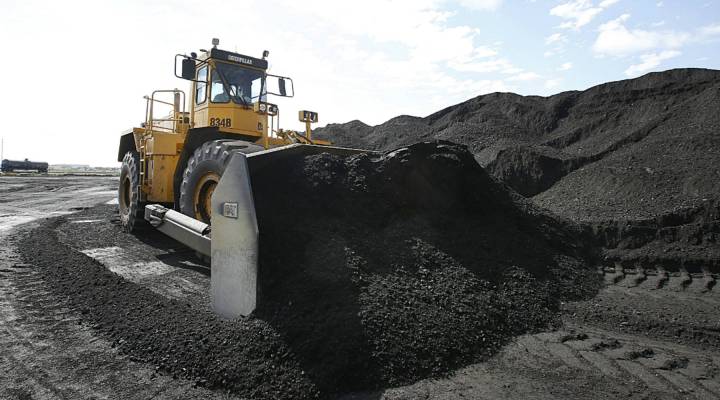 COPY
A large dozer moves tons of coal around at the Savage Energy Terminal in Price, Utah.  George Frey/Getty Images

Individual businesses and entire industries are trying to make sense of the election. For some, like companies that use coal to produce electricity, Donald Trump’s victory could mean a boost in investment and a sunnier long-term outlook. For others, like hospital operators who benefit from Affordable Care Act subsidies, the picture doesn’t look so good.

One clear promise Donald Trump made during his campaign was that he will repeal the Affordable Care Act. He has said he would replace it with a system that would rely on private health care savings accounts. But big medicine supported Obamacare because, as a result of the policy, hospitals have had more insured patients. Also, health plans and pharmaceutical companies have had more customers. So, who won on election night?

“I don’t think that there are many major winners in the health care industry,” said Megan McHugh, assistant professor of emergency medicine at Northwestern University. She said hospitals stand to lose big if the Affordable Care Act is repealed.

It remains unclear how Trump plans to regulate the pharmaceutical industry, so companies like Pfizer and Johnson & Johnson will have to wait and see. McHugh said it wasn’t business that won with a Trump victory, but Americans who didn’t like the government being involved in their health care policies.

“There are a lot of people who didn’t want Obamacare and didn’t like it once it was passed,” she said. “So those are the folks that won.”

Some industries did feel stronger about the future after the vote, though. Like those in the energy sector – specifically in fossil fuels.

“President-elect Trump has promised to roll back regulations on power plants and other parts of the energy sector, while also opening up and expanding drilling for oil and gas,” he said.

Trump has also said he would undo environmental regulations to boost coal mining and make it easier to build oil and gas pipelines.

But Ethan Zindler, head of policy analysis at Bloomberg New Energy Finance, said Trump may have put himself in a tough spot.

Because domestic natural gas is abundant and cheaper than coal. Zindler said policy can only do so much. Market forces will end up deciding the winners and losers in the energy sector.