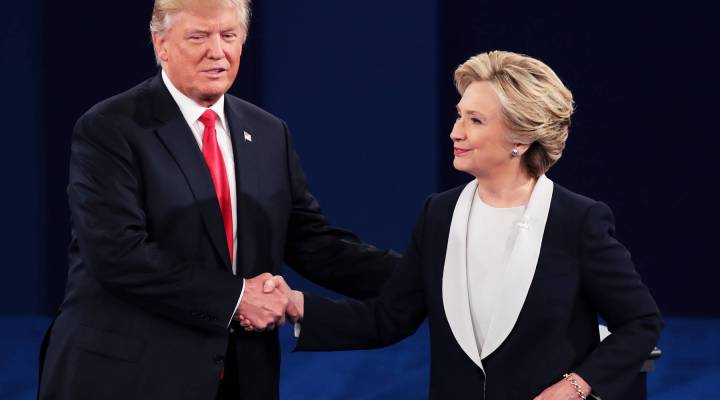 The next president will have to make more than 4,000 appointments, including cabinet secretaries and ambassadors.

One of the top financial policy officials — aside from the president — is the U.S. Treasury secretary.  We looked into some potential cabinet appointees for both candidates, and how their selection might guide economic policy going forward.

Though many are predicting a Hillary Clinton win, the latest forecast from Nate Silver’s FiveThirtyEight website gives Donald Trump a 33 percent chance of winning Tuesday. If that happens, he’s dropped a few hints about cabinet appointments, including his possible pick for Treasury secretary: Steve Mnuchin.

Mnuchin was at Goldman Sachs for 17 years, after which he spent many years working for George Soros’ hedge fund. He’s now a movie producer; his company Dune Entertainment helped fund Avatar and some of the X-Men movies, among others.

He’s an old friend of Donald Trump’s, and like Trump, he comes from a wealthy New York family; his father was a partner at Goldman before him.

Mnuchin made news when he became Trump’s campaign finance manager a few months ago, not least because he has a long history of donating to liberal candidates, including President Barack Obama and Clinton herself.

In terms of policy, we know Trump wants to repeal Dodd-Frank, the regulations on banks; Mnuchin seems open to a Dodd-Frank rollback, as well.

Overall, the pick would be a strong statement because of how deeply Mnuchin represents the Wall Street (and now Hollywood) establishment, and because some conservatives will question his credentials.

Some are wondering how a reform-oriented Clinton administration would tackle issues like banking, trade and taxes. Should Hillary Clinton become president, will she aim to appoint progressive leaders?

Jeff Hauser, executive director of the Revolving Door Project, argues that the Democratic nominee has indeed “deepened her commitment to a progressive take on economics.”

And winning over the progressive movement will be crucial  if she wants to serve a second term, said Stephen Myrow, managing partner at  Beacon Policy Advisors.

“The last thing that Hillary Clinton can afford in her first year in office is to have someone like Elizabeth Warren stand up and block one of her nominees for not being progressive enough,” Myrow said.

Potential appointees for Treasury secretary include Sheryl Sandberg, the chief operating officer of Facebook, and Sarah Bloom Raskin, deputy secretary of the U.S. Department of the Treasury.

Hauser evaluated the potential picks, arguing that Sandberg would be “an enormous disappointment.”

“One of the key jobs of the Treasury Department is to collect taxes…And Facebook is even more at the cutting edge of avoiding taxes than it is at technology,” he said.

On the other hand, Hauser said he thinks Raskin would be qualified, given her past experience — she’s served as Maryland’s chief financial regulator and has worked at the Federal Reserve.

“That’s the type of experience and demonstrated commitment to fighting against corporate misbehavior that I’d like to see promoted,” he said.

Click the above audio player to hear our full interview with Stephen Myrow.