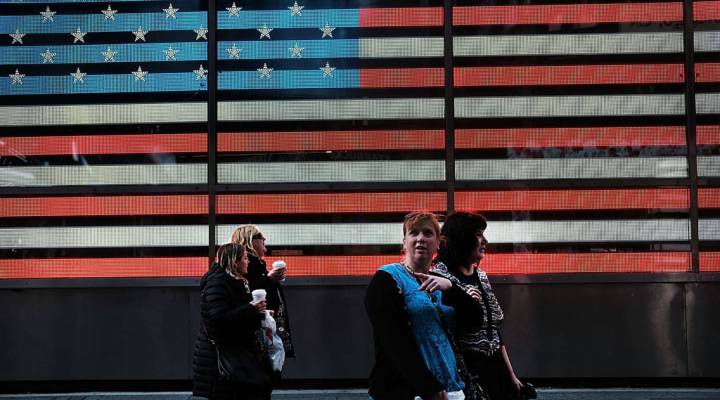 Political polls get special attention during a presidential race, with both campaigns and the news media laser-focused on every bit of movement up or down. But, like everything else in politics, there’s a lot of money behind the polls.

Joshua Clinton studies politics and polls at Vanderbilt University. He said presidential elections are when polls become most prominent in the public eye.

“Election season is basically the Super Bowl of polling,” he said. “I mean this is like the big event, because every time you release a poll, you’re almost guaranteed to get news coverage.”

Vanderbilt is one of many universities that run political polls, and those schools have a big incentive to run lots of them during a campaign. They’re often lesser-known institutions that might not otherwise get the same kind of attention — universities and colleges like Monmouth, Quinnipiac, and Marist.

News organizations, of course, give the most attention to their own polling, and the major newspapers and television or radio networks regularly partner to conduct national or state polls. That means more election-year business for the private companies that provide polling services.

David Dutwin, chief methodologist at SSRS Public Opinion Research, said the election is a chance to get some free advertising in for polling companies as well.

“When we’re on ABC’s ‘This Week with George Stephanopoulos’ every week, and he cites the SSRS poll, that’s really helpful to us because we don’t have a traditional advertising pipeline.”

Dutwin said there’s not really a magazine or TV program where he can easily reach lots of potential survey purchasers. So the election provides an easy way to get the company’s name out there.

And polls aren’t cheap. A national poll that has a representative sample can easily run $30,000 to $50,000. For surveys done by phone, that means a lot of hand-dialing numbers so as not to violate “robo-dialing” laws, and Dutwin said more people than ever are refusing to participate. That means his staff has to make more calls to get the same sample size. With those rising costs, Dutwin said SSRS doesn’t see a big difference in the bottom line during an election year.

“I mean there’s a significant bump, don’t get me wrong,” he said, “but it’s not like we’re doing double the work that we do in an off-cycle year. It’s competitive work, and you know, the margins reflect that.”

And the industry is getting even more competitive. Joshua Clinton at Vanderbilt said in the 1930s, there were only two major polling companies. Now, there are hundreds, and online polling companies like Survey Monkey are getting into the business.

But Clinton said it’s still worth it for these companies to run polls during an election, even if just for the name recognition.

“Pollsters who do very, very well can then use this as advertising to go to their clients in non-presidential years and non-election years and say, ‘Look how well we did at predicting the presidential election. You can trust us to do your consumer surveys.’”

And that kind of work keeps polling companies in business when they aren’t in the headlines, like the are in a tight presidential race.