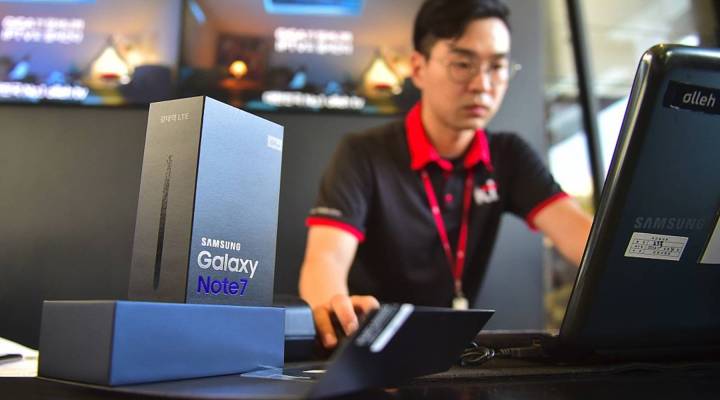 To many battery experts, an early moral is the perils of the arms-race to thinner, more energy-packed batteries for all types of mobile devices.

“When you start putting increasingly more energy in smaller and smaller packages, that’s tricky in terms of safety,” said chemist Steven Visco, guest scientist at the Lawrence Berkeley National Laboratory and CEO of the lithium battery company Polyplus. “Because it starts to sound like an explosive device, which tends to be high energy, small package.”

“Energy storage is nature’s abomination,” said Jay Whitacre, energy-material scientist and engineering professor at Carnegie Mellon University. “The more of those lithium ions you have in a very close proximity to each other, stored up, the more trouble you could be in. That’s a very energetic environment.”

Here’s the issue with thin: Flammable chemicals are packed inside tiny batteries, next to two electrodes that cannot touch each other. Samsung, in one public announcement, acknowledged that “an overheating of the battery cell occurred when the anode-to-cathode came into contact, which is a very rare manufacturing process error.”

“They’re reaching a little bit when they make the batteries,” Whitacre said. “Whenever anything new is mass produced that contains a flammable liquid, you have to cross your fingers a little bit.”

Much of the blame for the phones’ problems has been heaped on Samsung. But consumer demand has every mobile device maker pushing the energy storage frontier.

At this point, it’s worth noting these catastrophic events are extremely rare. A person is far more likely to get hit by lightning than own a dodgy, overheated phone. Still, occasional battery fires and explosions have occurred in planes, electric cars, even power grid facilities.

“You want price, performance and safety?” Nordan asked. “You get to pick two.”

Billions of dollars and scores of entrepreneurs are chasing the next breakthrough: an energy-dense battery that is even safer. One possibility is to substitute out the flammable pieces. Another is to use new material, such as glass, to separate volatile electrodes.

“The lithium-ion battery for electric vehicles is projected to be $90 billion,” Visco said. “Batteries are, in a sense, becoming the new oil.”