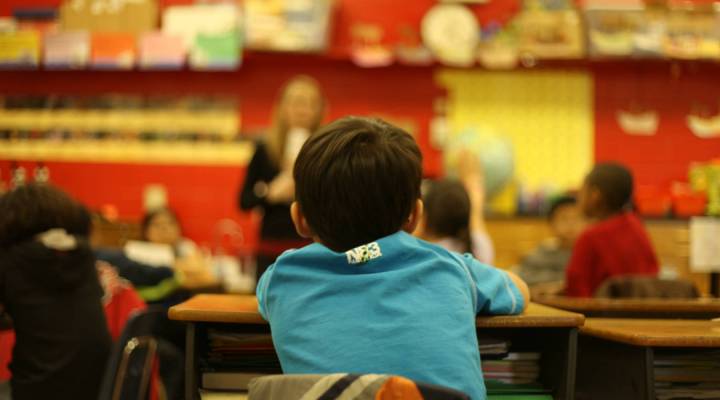 COPY
Half of new principals leave within three years, according to a School Leaders Network report. Tom Woodward/Flickr

Half of new principals leave within three years, according to a School Leaders Network report. Tom Woodward/Flickr
Listen Now

The foundation is giving money to seven universities to strengthen training, something 80 percent of school superintendents say is badly needed.

When Jessica Hahn was getting her master’s degree, she read all these case studies about discipline. Now, Hahn is a first-year principal at Crumly Chapel Elementary near Birmingham, Alabama.

But what you learn in grad school to become a principal doesn’t always match reality, she said, and “you have to take into account the home situation, previous discipline, conflicts with certain teachers.” Even the look on the kid’s face, she added — things you can’t learn from a book.

It’s this disconnect that the Wallace Foundation grant hopes to bridge, according to Jody Spiro, director of education leadership with Wallace.

“The needs of the clients, in this case the districts who are employing the graduates of these programs, have pretty much been ignored.”

According to a report by School Leaders Network, half of new principals leave within their first three years.