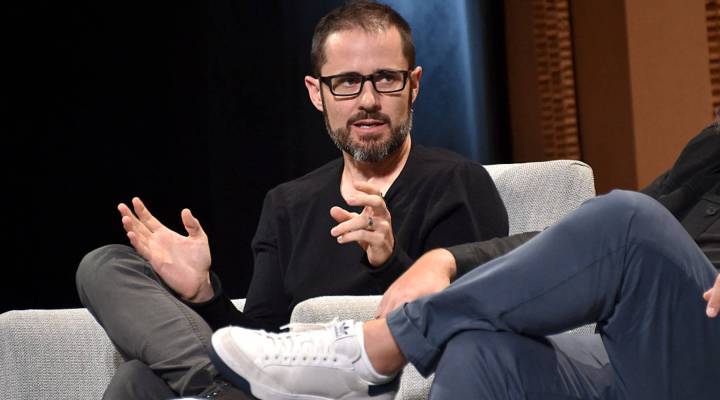 Twitter’s future may be in question, so we wanted to check in on one of its co-founders, Ev Williams.

He’s been creating places for writing on the open web since 1999 That’s when he founded Blogger, and then sold it to Google in 2003. Twitter came next, in 2006.  It’s proved to be either a place to change the world… or just a place to be really, really mean.

Some of the pieces published on Medium have spawned movements and news coverage. For example, Isis Anchalee’s post “You May Have Seen My Face on BART” launched the I Am An Engineer campaign, which highlighted female engineers in tech. Anchalee wrote the post after receiving online comments about her image being used in her company’s recruiting ads. Other news-making posts include Rohan Gilkes’s piece “I’m a black man. Here’s what happened when I booked an Airbnb,” and Ben Stiller’s “The Prostate Cancer Test That Saved My Life.”

Medium’s reputation for being a place to make headlines grew to the point where the White House published the 2015 State of the Union on Medium before going on TV — the first time in history the transcript was released to the public before the actual broadcast.

We met up with Ev at Medium headquarters in San Francisco. It’s got all the usual startup stuff – nap pods, giant Lite-Brite display, and in a nod to writerly history, original typewriters each conference room.

Marketplace’s Molly Wood spoke with Williams about his goals for the platform. Below is the interview transcript, which has been edited for brevity and clarity.

Molly Wood: Why the name Medium?

Ev Williams:  Originally, when we came up with the idea, my Twitter co-founder Biz Stone and I [were] thinking about what’s the next generation publishing platform on the internet, and we had come from Twitter, where constraint was a very big factor in how we thought, and so we liked that but we thought, well a tweet isn’t long enough for a lot of ideas, so might we build a platform with a constraint, but it’s not super short, maybe it’s medium length. We were in a conference room and wrote Medium on the whiteboard, and I said, that’s what we should call it.

Wood: How do your experiences at blogger and Twitter inform what you’re doing now? Williams: Deeply. In some ways, I feel I’ve just been working on the same thing for, now, 18 years. The idea was really, how do we create a whole ecosystem of people who have ideas and stories and people who want to read them. And how do we build a system to help thoughtfulness, to help quality, to help all the things we care about actually function well and function better than it does, in my opinion, on the open web.

Wood: How much of that was informed by the realization that you might have been contributing to an imperfect conversation before? Williams: Part of it. I think a lot of the Internet was built on the assumption early on that everybody on the internet is cool. The thing is not everyone acts civil all the time. And so it’s just a reality that you have to build some fences and gates, and you have to build systems where people earn trust, and reputation matters. And a lot of the things that matter in the world real world and keep the real world civil, turns out, matter in the virtual world as well and there is not really a difference between them.

Wood: I feel like I hear you saying that in some ways part of the Blogger model and the Twitter model don’t work for discourse. Is this a correction? Williams: Well, I don’t know yet. They don’t work. I think the web in general hasn’t quite figured out — except in very small forums — where it’s thrived usually when when it’s a small forum. The beauty of Twitter is it’s really big and it’s really opened and it lets ideas flow faster than anything else in the world, so that is kind of the opposite of a more closed, cultivated garden of people who want to talk about something. Wood: So how are you handling comments and conversation on the site? Williams: We have a pretty unique approach to comments, which we call “responses” on Medium. They are full-fledged posts and the nice thing about that is sometimes a response is just a comment. You know like, “I enjoyed this piece,” or “You’re wrong about this,” but sometimes it spawns a whole essay or a whole counter argument that is really as worthy as the original piece. Because of that, it’s possible to get a much different level of dialogue because people have equal seats at the table. They’re not just hidden at the bottom of some web page and you have a like a “hit and run” sort of relationship.

Wood: How will you make money? Your venture funded now. How will Medium make money going forward? Williams: We are making money now in a couple ways. And our first goal is to help publishers make money, help professional publishers. Our goal is to help them find a more sustainable way to make money that supports quality writing and content better than the web does today. We also have, in beta, with some publishers a subscription model. The other thing that most publishers are doing out in the broader world that works really well is native posts, where a publisher will create the content on behalf of a brand and distribute it in their publication, which turns out to be a much better than just a banner. Wood: And do you worry about that at all? Diluting the Medium brand? That people come here for high quality writing and conversation? Williams: No, because it’s not — it’s very similar to, say Twitter. If it’s poor quality, then it will hurt the brand. But I think that will be on a the publisher-by-publisher basis. Wood: This kind of idea of smarter content seems to be — Halleluja, making a comeback — long form writing seems to be more popular than it used to be. Do you think that that impacts your prospects going forward. Like should the New York Times buy Medium? Williams: Probably the New York Times shouldn’t, but — probably not big enough — And I love the New York Times but, you know — what was the question? (laughs) Wood: Are you an acquisition target for somebody who is trying to make better content? Williams: It’s not something we’re thinking about right now. We have a lot to do.