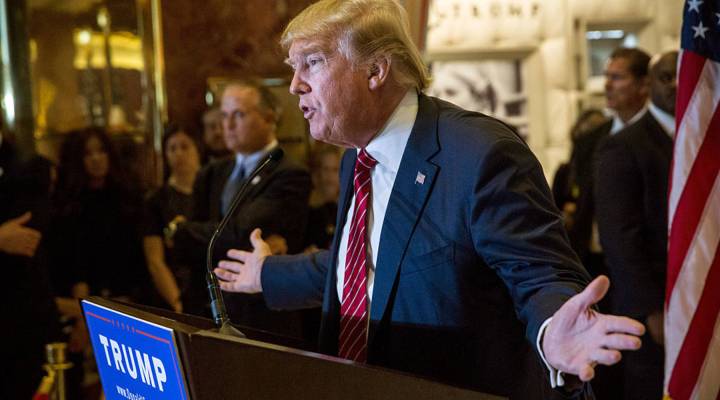 These terms, and their definitions, illustrate the complexity of our tax codes. Since the Republican presidential candidate’s tax returns will probably continue to be a regular topic in the news this week, we thought it was a good time to brush up on some of the more frequently used terms.

So, let’s do the jargon:

The crux of the Times’ story, which looked at three pages from Trump’s 1995 tax documents, is how the businessman likely used the net operating loss tax provision to offset his taxable income years later.

David Cay Johnston, the author of “The Making of Donald Trump,” and an investigative journalist focused on taxes, discussed the concept with us this morning:

Trump would not be the only one who knows how to use tax laws for his benefit. The N.O.L tax provision is “ particularly prized by America’s dynastic families, which, like the Trumps, hold their wealth inside byzantine networks of partnerships, limited liability companies and S corporations,” according to the Times.

In response to the Times’ reporting, Trump’s campaign released a statement that said Trump had a “has a fiduciary responsibility to his business, his family and his employees to pay no more tax than legally required.”

Former New York City Mayor Rudy Giuliani, a Trump supporter, called Trump “a genius” for knowing how to use the tax laws in his favor. And if he hadn’t, “he would of have been in a lot of trouble.”

“If you have a set of laws, you live by those laws,” Giuliani told CNN. “And the reality is, you are ignoring completely the fiduciary obligation he has to all the people around him to run his business at the lowest possible expense.”

A fiduciary, or “trusted person,” is responsible for acting on behalf of an organization, company or people to protect their financial interests — not the fiduciary’s financial interests. But in the case of Trump, he is offsetting the loss on his personal income.

“There is no such thing as a fiduciary duty as a businessman to oneself,” said Richard Painter, a corporate law professor, told the Times.

Trump had $832 million of debt from his casinos and other assets and real estate tax code would have allowed him to count that as a deduction. But if that debt is forgiven, it is counted as income. Bankruptcy judges or banks can write off, or forgive, losses if a creditor can no longer collect on a debt.

Trump would not have been able to write off his massive losses, as described as the Times, if his debt was forgiven. The newspaper said Trump may have used tax exemptions specifically for real estate developers to deduct his debt without paying income tax.

Debt parking, as described by Hempton, is when a person in debt gets a separate party — whether that’s a person or a new entity — to buy the debt from the current creditor. The party then sits on the debt and never forces the person with the debt to pay. In turn, the person in debt wouldn’t have any forgiven debt to report as income.

This term comes from the proposed tax reforms of Trump and his rival Hillary Clinton. Both candidates have said they will eliminate carried interest, which contributes to the income of private equity managers.

“The big issue this cycle is the carried interest loophole that allows hedge fund managers to count some of their income as capital gain, which is taxed at a lower rate,”  political scientist Bert Johnson told us earlier this year. This issue has come up before — 2012 Republican presidential candidate Mitt Romney benefited from carried interest thanks to his time at financial firm Bain Capital.