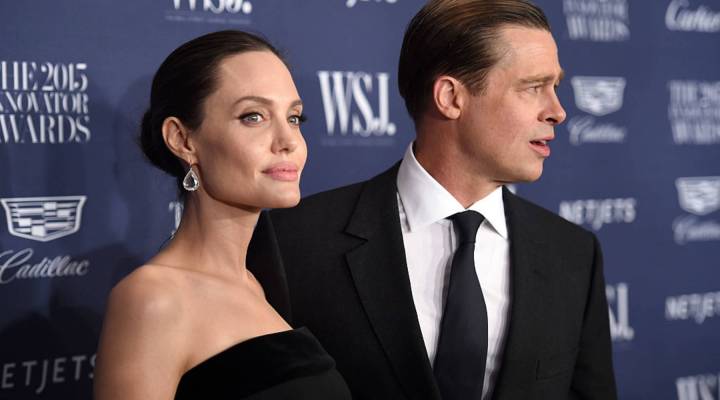 Republican Senator Lindsey Graham on the Brangelina breakup: “just when you think it couldn’t get worse, it did.”

As expected, sites like TMZ and Buzzfeed were all over the celebrity gossip, as well as lifestyle magazines like People and US Weekly. But for the latter publications, the boost from the Brangelina breakup is likely to go much farther than online clicks.

Weekly magazines, like People and US Weekly, are faced with falling circulation and revenue, according to Ben Kunz, senior vice president of marketing and content for marketing firm Mediassociates.

Magazine publishing revenues are down 3.7 percent over the last year, and weekly magazines are leading that decline. A celebrity breakup of Brangelina proportion may be just the thing lifestyle magazines need to recapture readers’ attention at newsstands. Kunz expects publications to take advantage of the buzz for weeks to come.

“This is the lifestyle equivalent to CNN chasing that plane crash,” Kunz said, adding that he can imagine publications will reconfigure their next print editions to include the news no matter what the cost.

It’s probably early enough in the production cycle for publications to get the news into their print products without major changes, said Samir Husni, director of the Magazine Innovation Center.

“It is Wednesday night news that causes headaches to the print production dates,” he said. Both People and US Weekly release their magazines on Fridays.

And while it’s s too late for new ads sales, newsstand sales will get a boost, and revenue will depend on what exclusives the magazines will have, Husni added. Given People’s lucrative relationship with Pitt and Jolie Pitt in the past, some exclusives could be on the horizon.

Kunz said another boost may come later, if the publications decide to put out a special issue covering the couple’s time together. He envisions a glossy publication, maybe we hefty binding, ”one where one may want to hold onto for years.”

“If People rushes out a special edition — yeah, they are going to sell those like hotcakes,” he said, estimating sales would triple at newsstands.

“It’s a rare feel good moment,” Kunz said. “Even though this is a divorce, it’s a chance to relive this inspirational couple that everybody loves.”

And for these weekly magazines, it’s a chance to recapture the consumers — and more importantly, the advertisers — they’ve lost.