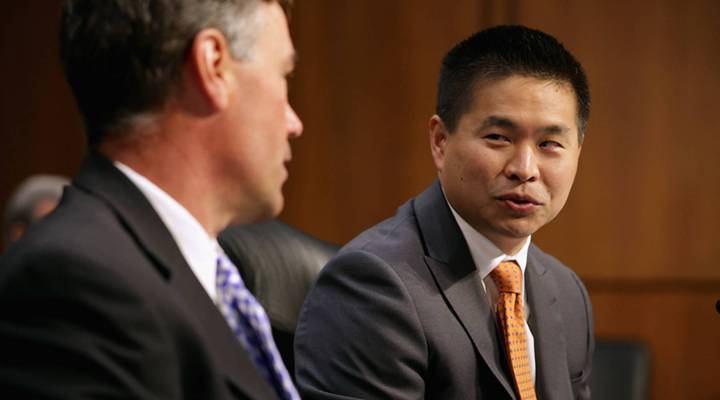 When the financial crisis of 2008 hit, Brad Katsuyama worked on Wall Street as an investor for the Royal Bank of Canada. For some time, he’d noticed odd trends in the way his trades were executed and traced the cause back to the growing influence of high-frequency trading and its growing influence on the stock market. Looking for ways to counter the influence of HFT, he and his partners created IEX, Investors Exchange, in 2012. By using a speed bump that slows down the the flow of stock market data by a fraction of a second, IEX seeks to neutralize what Katsuyama considers negative effects of HFT for long-term investors. In a sit-down interview at the offices of IEX in New York, Molly Wood and Brad Katsuyama talked about the mission and mechanics of the exchange, as well as what it’s up against in its efforts to change trading and exchanges. (Since this interview was conducted in June 2018, IEX has gained its first company listing, a firm called Interactive Brokers.)

Click the audio player above to hear the entire interview, part of  The Source Code.

The Source Code
Tags in this Story
Share this Story