COPY
Coal is poured into a barge that will be moved to a steel plant in western Pennsylvania.  Spencer Platt/Getty Images

Coal is poured into a barge that will be moved to a steel plant in western Pennsylvania.  Spencer Platt/Getty Images
Listen Now

Just about every big coal mining company in America is in bankruptcy, or emerging from it. That includes the world’s largest private sector coal firm: Peabody Energy.

Peabody won court approval to set aside just a small amount of money for environmental cleanup – a mere 15 cents on the dollar. That leaves the states in which it operates at risk for the rest.

The whole question here is, if coal companies wobble and fall down for good, who pays for the cleanup? The process of removing water pollution, planting trees and shrubs and returning the topsoil is expensive and time-consuming.

In Peabody’s case, the court and three key mining states agreed to let the company put up just a fraction of the cleanup money that would be required.

“They’re trying to shift the costs from the coal mining companies back to the states, and basically onto taxpayers,” Howard Learner, executive director of the Environmental Law and Policy Center, said. “And unfortunately, for example, the state of Indiana seems to have agreed to take 15 to 17 cents on the dollar.”

States were never supposed to face this situation. In the 1970s, after decades of failed companies simply walking away from shuttered mines, Congress required firms to purchase bonds and guarantee 100 percent of the money for environmental reclamation.

But many states made exceptions. Companies in solid financial condition could simply “self-bond” and put up their own assets as collateral.

“It was a nice thing while the markets were up,” said Tom Sanzillo, finance director of the nonprofit Institute for Energy Economics and Financial Analysis, which promotes alternatives to fossil fuels. “But the markets don’t stay up forever. And yet the public needs to be protected.”

And now the money is not there. In bankruptcy negotiations, states could have required Peabody to put up its full share of environmental costs, but the company had leverage. It always had a threat – spoken or tacit – to liquidate, which would have eliminated jobs and future tax payments. The alternative was to stay afloat and reorganize on its terms.

“The leverage that Peabody and other majors have is a form of legal extortion,” said Patrick McGinley, law professor at West Virginia University.

Peabody is the third large coal mining firm to negotiate a pennies-on-the-dollar deal in bankruptcy, with regard to environmental liabilities. Recently the federal Office of Surface Mining Reclamation and Enforcement suggested it might intervene and limit future self-bonding.

“I think self-bonding is a thing of the past,” said mining consultant John Morgan, vice president of the firm Respec in Lexington, Kentucky. “Most states will look for direct security in fixed assets.” 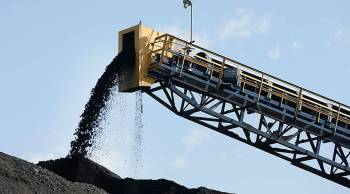 Coal is having a comeback — can it last?