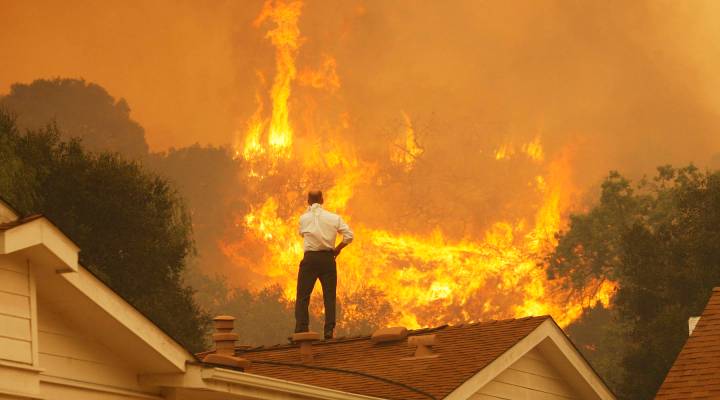 The specter of a changing climate means the need to adapt to factors such as rising sea levels, increased heat and changing weather patterns. It also means financial adaptations, such as deciding whether to change from long term investments in emission intensive industries.

A couple of recent studies show the insurance industry still faces a lot of uncertainty in how it will address climate change.

First, a report from the Asset Owners Disclosure Project updated its annual assessment of the 500 biggest investors and how they are responding to climate change through their holdings. It found that though insurers are beginning to change strategies, they still lag when it comes to addressing the risks of potentially stranded assets in their portfolios.

Julian Poulter, CEO of the Asset Owners Disclosure Project, likened the potential impacts of inaction to the subprime mortgage crisis.

“We’ve seen what happens when companies leave it too late to transition out of the market,” Poulter said. “That’s when they run into trouble.”

The study found insurers’ tendency to invest in corporate bonds makes them vulnerable to potential shifts.

“They’ve got a bit of a double whammy,” said Julian Poulter, CEO of the Asset Owners Disclosure Project. “They’re going to get hit on the liability side from climate change; they’re going to get hit through the transition on their portfolio side; and all the while, they’re exposed to these credit ratings agencies; and they’re unable to manage the risk by going to the companies and urging them to transition early.”

In general, the study finds investors need to be more transparent about how they are accounting for risks from climate change.

Another study shows that property insurance companies could be hampered from engaging in practices that would allow market-based adjustments to adapt to climate change impacts.

The study by University of Chicago economics professor Michael Greenstone looked at the practice of Florida and other states to cap premiums for policyholders who live in riskier areas along the coast. He said that practice shifts costs onto other customers.

“The problem is that the insurance company needs to be made whole at the end of the day, and the only way — if you’re going to subsidize one group of people — the only way to make that work is to have a different group of people pay more than their fair share,” Greenstone said.

He said the effects of premium capping extends beyond fair pricing, however.

“It’s not just that it is cross-subsidization but rather, it means people on the coasts in states where these caps take place, are not incentivized to take the proper precautions,” Greenstone said.

“It effectively prevents the market from sending the signal that people need to adapt to the risks they face,” he said.