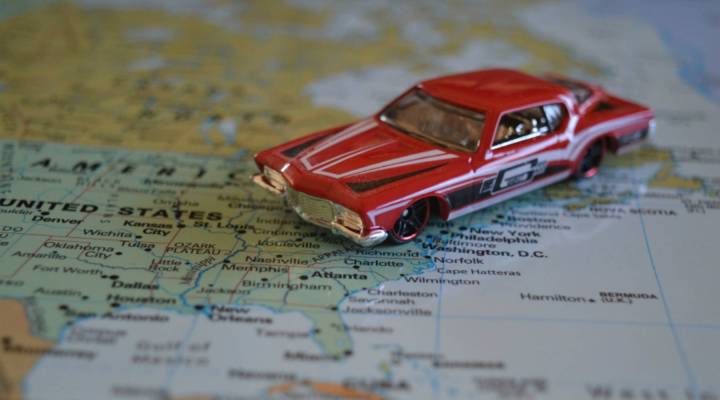 It’s hard to miss the sign for The Golden Door Motel, near Lake of the Ozarks in Missouri. It has an enormous spinning door and ample neon. Lately, the “NO VACANCY” part of the sign has been glowing consistently. Owner Geniece Tyler says she’s seeing a nice bump in business, at least 10 percent from last summer.

Hers is one of many businesses benefiting from a massive increase in American road travel. Department of Transportation data show Americans on track to shatter the all-time high of 3.1 trillion miles driven.

One of the biggest reasons Americans are driving so much more is displayed on signs every driver sees, the ones where gas stations list prices. AAA’s national average for a gallon of regular is $2.12, about half a buck cheaper than a year ago. The savings add up.

“We think that Americans have saved more than $18 billion so far this year on gasoline compared to last,” said Robert Sinclair, Jr. of AAA Northeast. “That extra money it seems is being used to go out and take a trip.”

Besides cheap gas, there’s evidence that Americans are feeling better about their economic future, making them more comfortable splurging on road trips.