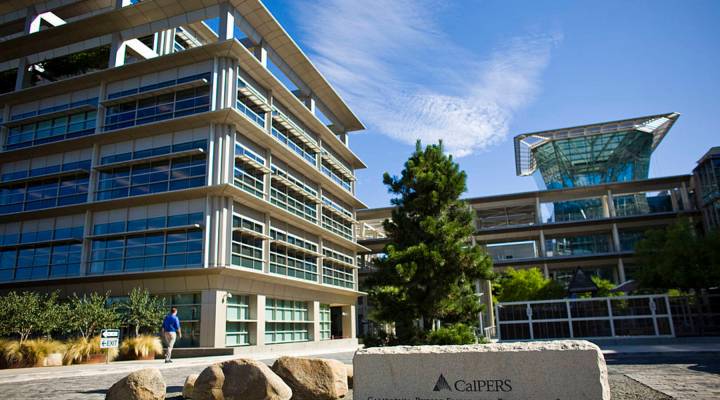 In the fiscal year ending June 30th, CalPERS registered an annual gain of 0.6 percent, far below its goal of 7.5 percent.

Just like regular savers, pension funds have been under intense pressure due to a sustained period of low interest rates and a fair amount of market volatility.

“We have more volatility and more periods where there’s been more down than up,” said Becky Sielman, principal and consulting actuary with Milliman. “And over a fairly long period, returns have been pretty depressed.”

Poor returns are a problem for public pensions that don’t invest enough to meet their future obligations.

To avoid forcing taxpayers to cover their shortfalls, some have made bigger bets on high-return, high-risk investments.

“Framing it as a wager is a great way to put it,” said public pension expert Amy Monahan at the University of Minnesota. “You’re definitely assuming you’re going to make a certain average rate of return.”

Milliman’s Sielman said a report by her firm concluded that underfunded plans are not more likely to make riskier investments.

But financial watchdog Ted Siedle said the quest for high returns has pushed CalPERS into overly risky investments. Siedle is president of Benchmark Services and a former attorney with the Securities and Exchange Commission.

“In recent years the pension has loaded up on high-cost, high-risk alternative investments such as hedge funds, private equity funds and venture capital funds, which have performed poorly, have involved massive conflicts of interest and hidden fees,” he said.

CalPERS has backed away from some of those investments but Siedle thinks it needs to do better.