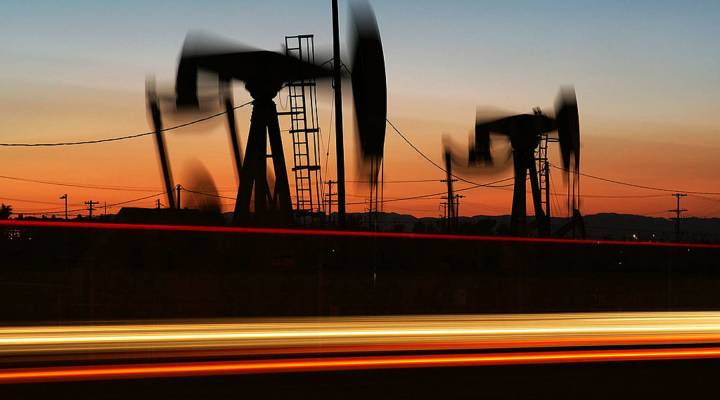 COPY
Oil producers are using more efficient technology that allows them to make a profit drilling for oil when the price is as low as $60 a barrel.  David McNew/Getty Images

Oil producers are using more efficient technology that allows them to make a profit drilling for oil when the price is as low as $60 a barrel.  David McNew/Getty Images
Listen Now

There are signs the long slump in oil prices may be ending. The International Energy Agency says supply and demand globally are “near balance.” And already, some American drillers are betting on higher prices and putting drill-bits into the ground, measured by the private-sector oil rig count. That includes those employing high-tech “fracking,” which is growing more affordable by the day.

Four years ago, it cost around $60 to drill and frack a barrel of shale oil in southeastern Texas. Now, U.S. shale can be produced there for around $40, estimates the consultancy Rystad Energy in Norway.

“It was the underdog a couple years ago,” Rystad senior analyst for North America, Bielenis Villanueva, said. “But now shale is really one of the main sources of supply for the global picture.”

“Definitely they have been able to renegotiate the contracts, the rates,” Villanueva said.

And the U.S. frackers became more productive. Each rig drilled more wells in the ground, and the holes deeper, further. Each “frac” job of sand, water and chemicals shot into the ground produced more hydrocarbons than before.

The Americans innovated, just in time for what many analysts predict to be an end to the global oil glut.

“Now, that oversupply is reversing,” Raymond James analyst Pavel Malchanov said, “and is actually giving way to an under supply. In other words, global inventories for petroleum are actually starting to shrink.”

But even if U.S. fracked, or tight oil, comes back in a big way, that may not be enough to supply the whole world.

Which would mean even higher cost oil may come to market – crude that’s pricier to produce than U.S. shale oil.