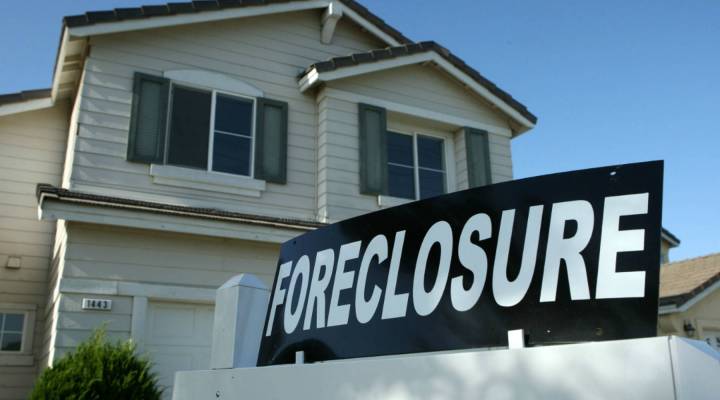 New foreclosure data out Thursday from research firm RealtyTrac show foreclosures are down, but there are still some rough spots. The first six months of 2016 saw 11 percent fewer filings than the same period last year, and the month of June saw a 10-year low.

But the latest numbers are still above pre-recession levels, and in some areas, they’re far above. New Jersey is the state with the highest foreclosure rate, and the state that is the furthest from a recovery to pre-recession norms.

She said places like Trenton and Atlantic City, which have among the highest foreclosure rates in the country right now, still have these concentrated pockets of empty homes. Particularly in states with judicial foreclosure processes and a long timeline for foreclosures, some houses have been abandoned entirely by banks (making them “zombie” homes with effectively no owners), which then in turn drives down property values further. It’s a downward spiral that reinforces growing inequality and hits communities of color disproportionately.

“You can’t even give the houses away in certain parts of the city of Rochester because we have thousands of vacants,” said Ruhi Maker, a lawyer at the Empire Justice Center in Rochester, New York.

And, there’s little money to repossess and fix those.

“In order to preserve those properties, you would need money to acquire and rehab the properties and then repopulate those homes,” she said.

Or, she added, you’d need better mechanisms to keep people in their homes and avoid foreclosure in the first place.

Julia Gordon with the National Community Stabilization Trust said the reasons for  high foreclosure rates also depend on location.

“In some places, the housing recovery is difficult because economic recovery has not come,” she said, giving the example of the Rust Belt and Southern states. “In those places, housing continues to be part of a cluster of issues plaguing disinvested and distressed neighborhoods. In other places, the housing crisis itself was so bad, so many foreclosures happened…that even if the underlying economy is doing all right, neighborhoods are still suffering.”