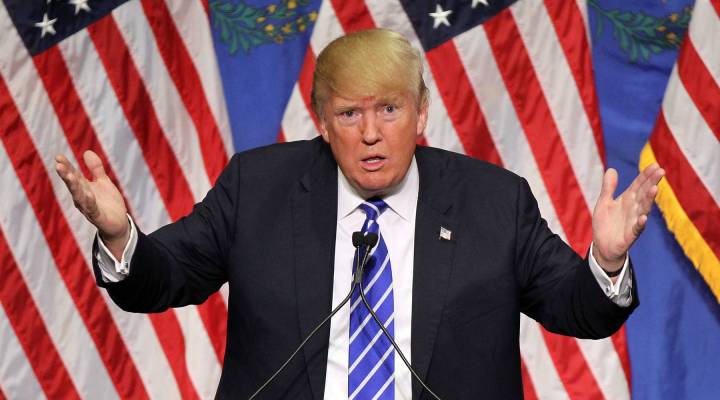 During a late night appearance on “The O’Reilly Factor” Tuesday night, presumptive Republican nominee Donald Trump claimed that the American system is “rigged.”

Trump’s declaration came in response to a question from Bill O’Reilly, who was addressing the country’s racial tensions.

The perception that one group is benefiting in society while others aren’t is reflected in the latest results from our Marketplace-Edison Research Poll. Many Americans believe that our country’s institutions are discriminatory and unfair. Researchers found that 71 percent of the 1,022 people we surveyed think our economic system, specifically, happens to be rigged in favor of certain groups. This statement especially rang true with African Americans, but the poll data shows that the belief resonated widely no matter what race or political leaning. White Republicans, like Trump, also thought the system was rigged:

Whether or not it’s true that the system is rigged against Trump, he’s touched on a notion that is making Americans nervous about their economic standing. In addition to believing the system is rigged, the respondents in our poll revealed a number of concerns. You can find more of these stories and poll results from our Economic Anxiety Index series.