There are reports that federal antitrust regulators may challenge insurance giant Anthem’s proposed $48 billion acquisition of Cigna. The combined company would be the country’s largest, representing more than 50 million patients.

Large deals like this often bring out powerful business interests ostensibly speaking on behalf of consumers. The argument in this case: that patients would receive more choice of providers, competing for their employers’ medical dollars.

“You’ll have doctors and hospitals competing to be in those networks,” said former Justice Department antitrust attorney Allen Grunes, who is advising Cigna. “That competition can be beneficial to the employers and to their employees.”

On the other side, lobbying groups for hospitals and doctors say a tie-up – which would eliminate a Big Five insurer – would limit choice in many healthcare markets in the country. They claim to speak for patients’ interests, too.

There are signs the Justice Department agrees in this case. Recently a top antitrust official said publicly that “customers do not benefit” from mergers done simply for bargaining clout, noting that the department has a “long history” of challenging insurance mergers. The government has at times been skeptical of claims about competition for consumers.

“You don’t know that until after the merger is already happened whether they will be able to actually negotiate those better terms,” said Robert Town, professor of healthcare management at the University of Pennsylvania’s Wharton School of Business. “In mergers it’s probably more common that these efficiencies are not realized than they are actually realized.”

Wall Street isn’t sure about the deal, either. Analyst Ana Gupte at the Leerink Partners investment bank says the chances of it happening have fallen from to 25 percent, from 75 percent.

“I’ve heard from various pretty reliable sources and experts that multi-state employers are not supportive of the merger,” Gupte said.

Cigna shares are trading at 45 percent below the value of the deal, suggesting investors are skeptical, too. 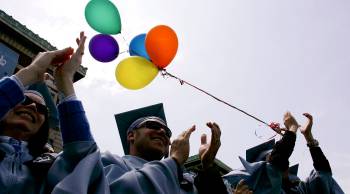