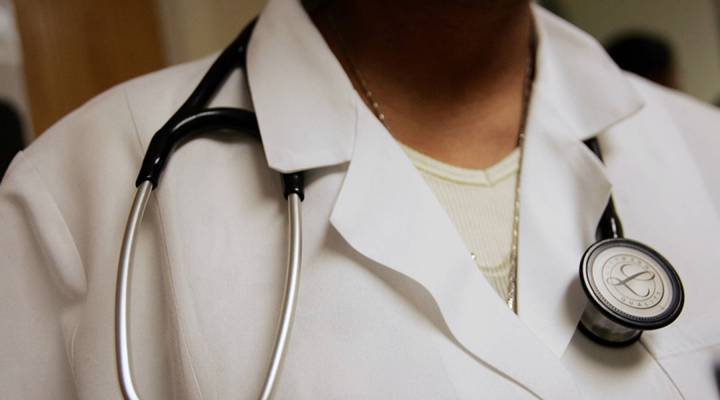 Health insurance is a complicated business, but David Cordani, CEO of Cigna, says he’s never seen a more complex time for the industry. Most of Cigna’s business comes from employer-provided health insurance, but it also operates on a half-dozen health care exchanges in the United States, sells direct to seniors on Medicare Advantage and does a chunk of overseas business. Cordani talks to Marketplace host Kai Ryssdal about why he wants to keep Cigna in the exchanges, why he’s glad we’re all talking about health care now and Cigna’s social responsibility to act on the opioid crisis. The following is an edited transcript of their conversation.

Kai Ryssdal: You’ve been at Cigna and in insurance for a very long time. I wonder on a scale of 1 to 10, how does the current period rank in terms of tumultuous-ness?

David Cordani: Well, it’s about as complex of an environment as I can recall historically over quite a long period of time. Just about everything is moving in the marketplace right now.

Ryssdal: How much does it complicate your job then in doing that that health care in this country has become so politicized?

Cordani: I think there’s two edges to every sword. In one way, it engages more people in the conversation because there’s a broader public narrative around it. Conversely, sometimes it’s more charged, and they’re not helpful if diverse people can’t come together and listen. What we try to do is kind of convene disparate forces around that conversation.

Ryssdal: We should say that Cigna is by and large not in the Affordable Care Act exchanges. You are, but just a little bit. You’re mostly employer-based health care plans, right?

Cordani: We’re a global company. In the U.S., our health care business is largely commercial employers. We have a meaningful seniors set of programs where we sell direct to seniors on Medicare Advantage. And then today, we have, oh, about a billion and a half or $2 billion within the Affordable Care Act. We’ve been engaged on the exchanges since Day One. We’ve just been more focused and more deliberate in a limited number of states.

Ryssdal: Let me ask you while you’re staying though, because a good part of the argument from those who want to get rid of the Affordable Care Act, whether repeal replace or just do something, is that the system is broken, is not working and there is no business to be had there, and yet you’re in it.

Cordani: Yeah. So there’s merit to that statement. Our view was that they would be smaller than was projected. It is going to be a pretty rocky road for the first three years, so we went in there eyes wide open, and more of that transpired than not. We think we have a social responsibility to try to actively work to make it work. And third, we found some great bright spots. In markets where we have high-performing aligned physician and hospital groups, we’re actually starting to deliver a positive result even where there are design flaws, and there are fundamental design flaws. We’ve been focused, we’ve been consistent, but we entered this eyes wide open.

Ryssdal: On this idea of you having a social responsibility as a guy running this company, I want to talk about for a minute what you’re doing with opioids and the idea that you’re going to stop paying for OxyContin prescriptions and your work with pharmaceutical makers. How do you go about addressing a huge social issue in this country?

Cordani: Appreciate the question. So I think it was last spring, we took a stand on this important topic because we didn’t think we’re having the right social conversation around the U.S. opioid epidemic. Today we have over 100,000 health care professionals that signed on to a practice pattern pledge to change the dosing rate of opioid pharmaceuticals. We actually entered a pretty innovative contract with a different manufacturer with a noncrushable drug, but they’re all—

Ryssdal: Sorry, is the crushable thing, because that’s what lets people get addicted and abuse it right? Or vice versa?

Cordani: It expands the — so crushed and you could actually densify and inject. So it just expands the probability of abuse. There’s no business rationale for us to do this as a publicly traded company. It simply was the right thing to do. It wasn’t being attended to, and we stepped into it quite aggressively and continue to fuel it today with our actions.

Correction (Nov 16, 2017): An earlier version of this story misstated the official name of Cigna. The text has been corrected.