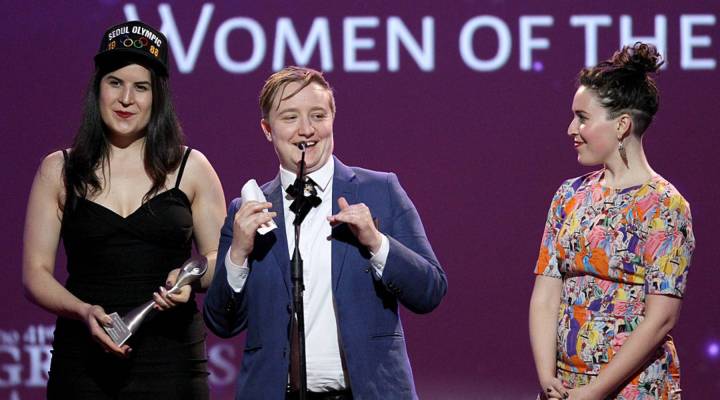 COPY
Jenna Weiss Berman (center) accepts the Grand Award for Podcast with Liz Watson and Eleanor Kagan onstage during the 41st Annual Gracie Awards on May 24, 2016 in Beverly Hills, California. Tommaso Boddi/Getty Images for Alliance for Women in Media

Jenna Weiss Berman (center) accepts the Grand Award for Podcast with Liz Watson and Eleanor Kagan onstage during the 41st Annual Gracie Awards on May 24, 2016 in Beverly Hills, California. Tommaso Boddi/Getty Images for Alliance for Women in Media
Listen Now

The 2016 Gracie awards ceremony was here in Los Angeles last night, honoring the work of women in media — including some Marketplace names you’ll know, Lizzie O’Leary and Krissy Clark.

Also among the winners, Buzzfeed’s Women Of The Hour podcast, hosted by actress Lena Dunham and produced by Jenna Weiss-Berman.

Producers, as anybody in the radio or television business knows, are the ones who actually get things done.

Weiss-Berman is trying to do more things in podcasting with her new company that she co-founded  with fellow podcaster Max Linsky.

It’s called Pineapple Street Media. She spoke with us about media and podcasting:

That’s a big one…I’m trying to stay really positive these days about the industry!…I guess the existential threat could be that the ad rates go down eventually, but they’re going really well right now, and I think that we’re seeing more and more big advertisers who really really want to get into this space because the return on investment is really high. There’s a lot of trust between a podcast host and a listener, and a lot of podcasts hosts really only want to use advertisements from companies that they actually really like, so I think it’s a pretty successful advertisement.

Pineapple Street Media’s  first clients include The New York Times, ad agency Wieden + Kennedy, and Lena Dunham’s newsletter Lenny. So we wanted to know, could that client list ever expand beyond media companies to companies that sell, for example, soap?

I think a lot of what we want to tell people is that it is a great time for podcasts. Everyone’s listening to them, they’re kind of exploding. There are also over 325,000 of them on iTunes, so if you want to stand out you have to make a good show.

Are there too many podcasts?

I don’t think there’s such a thing as too many podcasts. In order for a podcast to be successful they don’t have to have massive listenerships. So there might be someone who wants to do a podcast about crocheting and they might be able to find sponsorship from a company that sells yarn, for example. And they might have 20,000 extremely devoted  listeners who listen to the podcast and then go buy that yarn.

So what would you say to a large corporation like, for example, Procter & Gamble?

I think that with all the competition in the podcasting space right now, you want something  that stands out. And that involves good editing, it involves real resources, it involves really finding interesting stories and interesting characters. For companies that want to get into podcasting, it’s less about getting massive numbers and more about their audiences being connected in a deeper way to the people who are behind the microphone. 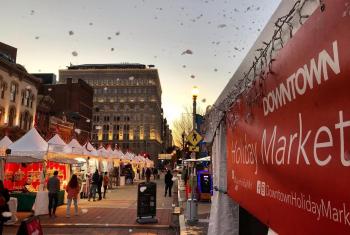 The economics of holiday markets, explained 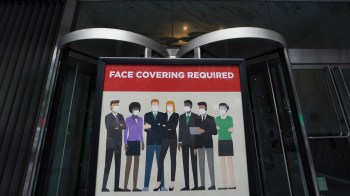