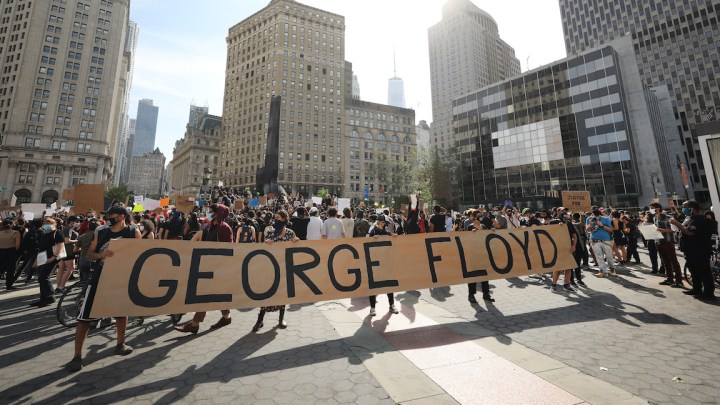 Nearly a year after the death of George Floyd, the police officer accused of killing him is on trial in Minneapolis.

In the months following Floyd’s death, billions of dollars were donated to social justice groups. That infusion of cash for social justice is unprecedented.

Una Osili, a professor of economics and philanthropic studies at Indiana University, said anything in the bank is unusual for many of these groups. “These organizations were already doing the work around racial equity and social justice. They just weren’t necessarily being funded to do it,” she said.

According to Candid, an organization that tracks the non-profit sector, $12.6 billion was raised for racial equity groups last year. Jacob Harold, executive vice president of Candid, said some of that money went towards organizing protests over the summer, paying bail for demonstrators and on get-out-the-vote efforts in the fall.

But Harold said these groups still face a big decision. “Will these organizations pour all their resources, these new resources, into this unique moment? Or will they try to stretch them out?”

Not knowing if this scale and pace of giving in 2020 will be sustained makes planning risky.

“Having the money go out the door immediately is not necessarily a good thing, when you’re dealing with a very complicated issue that really involves a lot of deeply entrenched systems,” said Melissa Berman, president of Rockefeller Philanthropy Advisors.

Reconciliation and racial equity are goals that stretch over generations, even centuries. And yet, Berman said, something else this money has bought these groups is time. “Being able to think past the next fundraising cycle is a remarkable gift that lets the organization put so much more of its time into the program and their goals they’re trying to achieve,” she said.

But for these organizations, deciding where and when to allocate resources is sometimes difficult. This past year, waves of giving have followed crises.

“Unfortunately, crises keep recurring,” said Berman. “So there’s a lot of attention now to creating funds to support the Asian American community, as we recognize how bad the violence is directed toward Asian Americans, especially women.”

Candid, the nonprofit tracker, said in the little over two weeks since the shooting in the Atlanta area that killed eight people, six of them women of Asian descent, more than $32 million have been raised for Asian American and Pacific Islander groups.

That’s more than half of what was raised for those groups in all of last year, according to Candid.