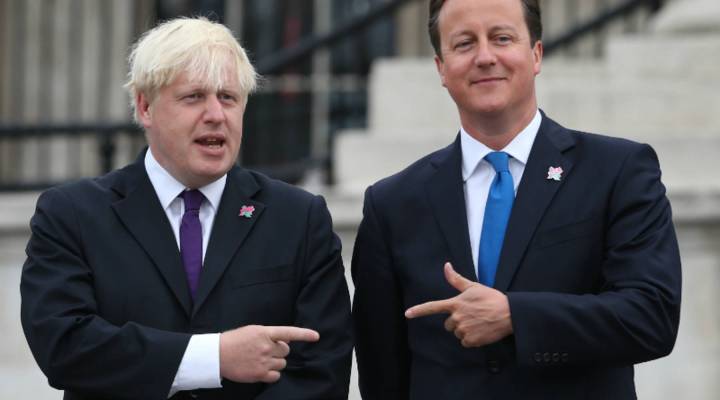 Londoners are going to the polls on Thursday to choose a new mayor. But what happens next to the old one — Boris Johnson — may be more interesting than the result of the city election. Blond, tousled and bumbling Boris — as he is universally known — is one of the most colorful figures in British politics, and his profile is about to rise even further.

After he leaves the mayoralty, he will be free to devote himself completely to the crucial campaign over Britain’s European Union membership. In a referendum on June 23, the Brits will vote on whether or not to pull out of the EU. Boris is advocating “Out.” And that has put him in direct conflict with his old rival and former schoolmate Prime Minister David Cameron, who is urging the country to vote “In.”

“This is an intensely personal battle that dates back to their school days,” said Sonia Purnell, author of “Just Boris: A Tale of Blond Ambition.” “They both went to the world’s most famous private school, Eton. Boris was two years older than Cameron. Boris was the scholastic star who dazzled his contemporaries. He has always been extremely ambitious, and it really rankles that Cameron beat him to the premiership.”

Purnell believes that Johnson has calculated that if Britain votes to leave the EU, Cameron will be forced to resign and that will clear the way for Johnson to become prime minister.

“Every sinew, every fiber of his being lusts for power. He quivers with desire to live in No. 10 Downing Street!” Purnell said.

But commentator and fellow Out campaigner Toby Young insisted that Johnson is motivated by principle and not by personal ambition.

“He believes what he’s saying. He’s always been broadly eurosceptic. He believes that Britain would be better off economically, and its democracy would be enhanced if it left the European Union,” he said.