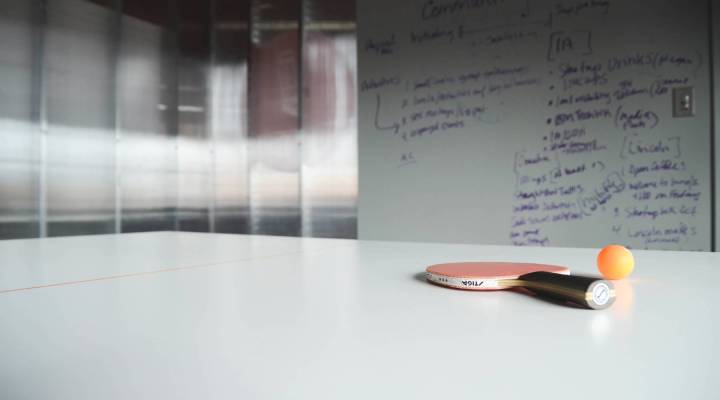 There’s been speculation here and elsewhere that we’re in a tech bubble and that as all bubbles do, it will eventually pop.

The Wall Street Journal got creative, went out to Silicon Valley and talked to a pingpong table salesmen. Pingpong tables being one of those icons often found in startups and tech companies.

Turns out that when the Nasdaq hit its lows this past February, this guy sold the fewest tables he’d sold in two years.