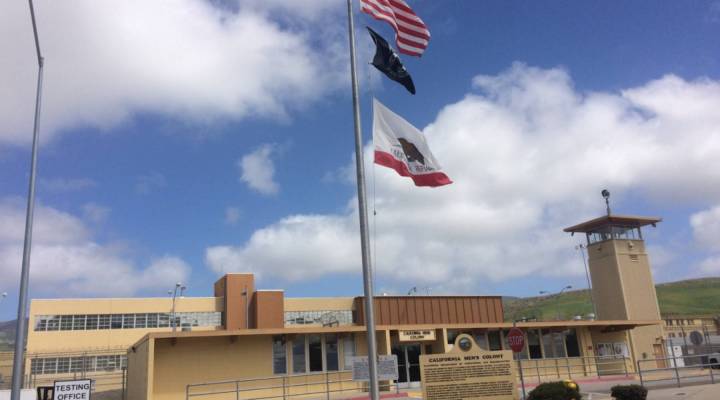 At the prison hospital inside the California Men’s Colony near San Luis Obispo, 75-year-old Floyd Masterson is waiting to pick up some medication. He carries a walking stick in one hand and a pink appointment slip in the other. Like the rest of the inmates around him, he’s dressed in a dark blue prison uniform. He has something else in common with many prisoners: hepatitis C. The disease affects about 1 percent of the country’s population as a whole, but 17 percent of those in prison.

About 17,000 prisoners in California have tested positive for hepatitis C and health officials suggest the actual number is probably much higher. Liver cancer as a result of chronic hepatitis C infection is the most common cause of cancer death in the state’s prisons. Like many prisoners, Masterson said he probably caught the disease when he was using drugs. Intravenous drug use is a common way infection occurs, though sex and sharing needles for tattoos also play a part in spreading the disease.

Masterson said day-to-day he doesn’t notice any symptoms, but if the disease goes untreated, it could lead to liver cancer and even death. Up until a few years ago, the only treatment came with some horrible side effects. While Masterson didn’t experience them himself, he said he knows people who have. He said it made them “either homicidal or suicidal.” On top of that, the chances of actually being cured were about 50-50. That all changed in 2011, when the Food and Drug Administration approved the first in a new generation of drugs that are transforming treatment.

Dr. Johannes Haar, chief medical executive at the prison, called the arrival of the new medications “pretty miraculous.” California’s prison health care provider has been using two of those drugs, Sovaldi and Harvoni, since 2014. Instead of success rates that were “pretty much a toss of a coin,” Haar said the new drugs raise those rates close to 90 percent. But there is a flip side. The new drugs are much more expensive than their predecessors.

A course of treatment costs between $70,000 to $80,000, according to California’s prison health department. Last year the state saw medication costs skyrocket from just over $10 million to $47 million, something that’s given many corrections departments sticker shock.

Dr. Jagpreet Chhatwal, assistant professor of radiology at Harvard Medical School, has studied the economics of treating hepatitis C in prisons and said that while the drugs are expensive, liver transplants and treatment for patients with hepatitis C in its later stages are also costly.

He said treating the disease in prison is worth it in the long run because cutting the number of infected people in prison has a dramatic impact on the number of people living with the disease society wide. That’s because the average length of time anyone spends in prison is three years, but it can take 20 or even 30 years before the more damaging consequences of hepatitis C manifest. By that point, the majority of those who had been in prison have been released and would require treatment in the community.

Chhatwal said his findings show that if all prisons tested all prisoners and treated all those who needed it, they would diagnose between 41,900 and 122,700 new cases of the disease in prison over 30 years. To do this, he said, would require prisons on average to ramp up spending by an extra 12 percent. That could be a hard sell, but Chhatwal said “it’s a question of spending now versus later.”