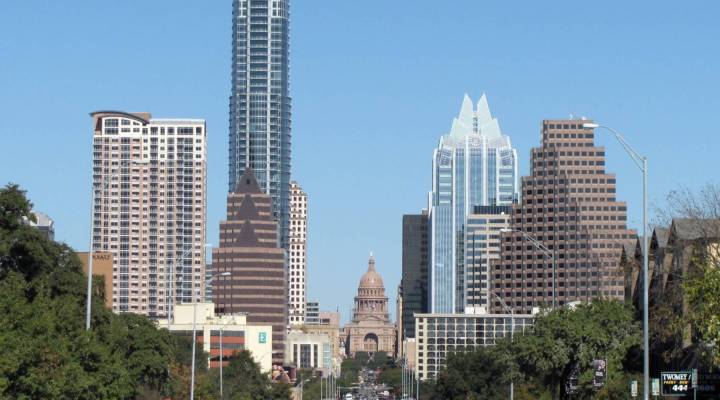 No one knows your neighborhood better than you do, which is why we started our Local Money project. We want to hear about the big money story that’s happening in your city. Submit our next topic here:

This week, we’re looking at Austin, Texas. After the murder of a University of Texas undergraduate by a homeless man, the city and its residents are debating how to address its homeless problem.

Kriston Capps wrote about the issue for The Atlantic’s CityLab:

Tanner Golden launched his petition to relocate the homeless population of Austin last November. But it only gained traction this week, after details emerged about the death of Haruka Weiser, a student at the University of Texas at Austin who was murdered on campus. The lead suspect in the case, a 17-year-old man named Meechaeiel Criner, is homeless. Last Friday, he was arrested at a nonprofit shelter and later charged with Weiser’s murder.

In the short time since Criner’s arrest, Golden’s anti-homeless petition has become a forum for concerned students, residents and parents wrestling with Weiser’s death. According to Change.org, most all of the nearly 2,500 signatures came on or after April 9, the day after Criner’s arrest.