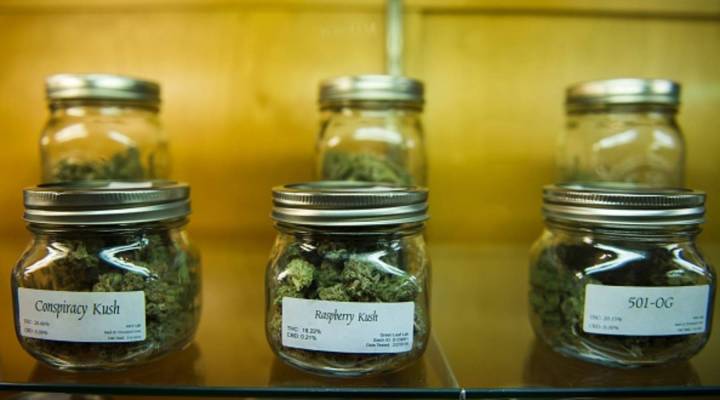 The legal market sales for marijuana are estimated to exceed $22 billion by 2020, according to a report from ArcView Market Research, and women are increasingly making headlines as pot entrepreneurs. That could mean plenty of opportunities for new women-run weed ventures.

So we asked Jazmin Hupp, the cofounder of WomenGrow, a for-profit trade organization supporting female pot entrepreneurs, about what it takes to run a cannabis business and where women should grow and sell pot.

Hupp said the key is, “having a team of people who work really well together, making hair-raising turns and just executing the heck out of everything.”

States like Colorado, Washington, Alaska and Oregon have legalized the recreational use of marijuana, but regulations are not as clear cut in other states, like New York and California, where you can only buy marijuana for medical purposes.

“The No. 1 factor for success in this industry is flexibility,” Hupp said. “Because your business changes overnight. There’s nothing so highly regulated, so fast moving than what we’re doing right now.”

Here’s how Hupp assessed the places around the country where cannabis entrepreneurs are starting businesses:

Oregon: Female entrepreneurs thrive in small business-friendly environments, Hupp said, and Oregon is historically so. In 2011, 97.6 percent of all employers in the state were small businesses, according to the 2014 report from the U.S. Small Business Agency.

New York: The competition for a limited number of licences is especially fierce in the New York and you need millions of dollars to start a business. “Women could have, potentially, been locked out of the New York market,” she said.

Colorado: As the first state in the U.S. to allow recreational marijuana use, Colorado is going through a pot boom. In Denver alone, there’s an estimated 600 marijuana-related businesses operating inside city limits. Hupp said the market will become saturated, leaving less room for future business opportunities.

Washington: The second state to legalize pot, Washington is also going through a boom, but it is a medium to small business-friendly state, according to Hupp.

California: This state may have the most complexities, but also the most opportunity, Hupp said. The market is huge, she said, but there’s more risk involved for business owners. “It’s more dangerous — you can’t necessarily be legal — and women don’t like that. Women aren’t going to grow in this marketplace unless it’s a hundred percent legal. They’re not going to risk their families or having their children taken away.”