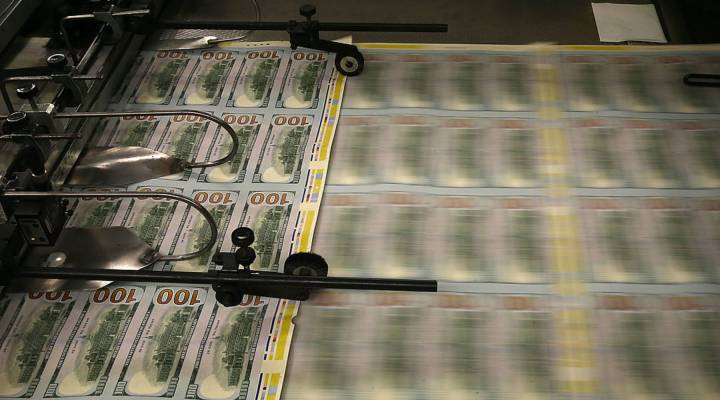 The new bills will feature women and historical events, as well as new textures for the visually impaired.  Mark Wilson/Getty Images
Listen Now

The current lineup of dead white guys on our currency has been the way it is since 1928, until today’s announcement.

The $20 is not the only change. The back of the $10 dollar bill is gonna celebrate the women’s suffrage movement with pictures of Lucretia Mott, Sojourner Truth, Susan B. Anthony, Elizabeth Cady Stanton, and Alice Paul.

The $5 with Lincoln still on the front, will have Martin Luther King, Jr., Marian Anderson and Eleanor Roosevelt on the back.

Also, the new bills are gonna have what’re called tactile features to make it easier for the blind and visually impaired to use paper currency and participate in the economy.

The Treasury Department’s got a whole website set up.