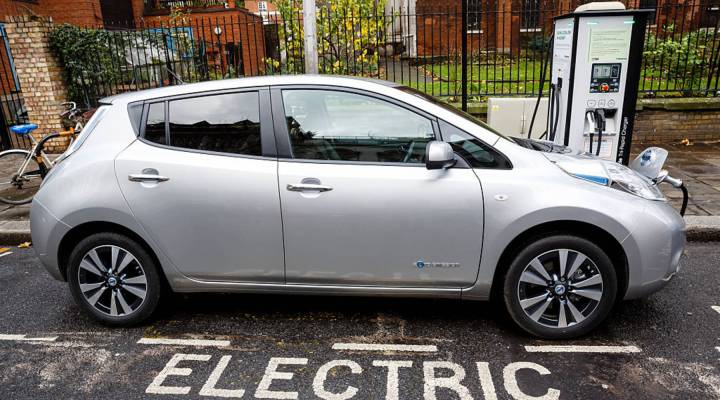 The electric vehicle market is hitting a growth spurt, with recent estimates that pre-orders for Tesla’s Model 3 are nearing the 400,000 mark. The switch to electric cars is a big part of the strategy to combat carbon emissions. A successful switch depends on getting enough charging stations to keep those cars running, and that industry is going through growing pains of its own.

California leads the way for the U.S. electric vehicle market, with the goal of getting a million EV’s on the road by 2020 and an additional half million by 2025.

There are estimates it’ll take at least 120,000 easily accessible charging stations to accommodate those cars. Right now, there’s about one-sixth of what’s needed.

The three major utilities companies in California are putting together pilot programs to get 12,600 more charging ports around the state. While it’s not a huge number, electric vehicle industry experts said the increased number of stations could help stimulate growth by providing stability to potential customers worried about range limits.

“It does not, by itself, get us very close to our goal, but if it opens up the market, if it creates, not only a demand and a confidence on the part of consumers to buy EV’s and to use them, because they know that infrastructure can be made available, then we will see a non-linear, an exponential growth in the market,” said Sachu Constantine, policy director of the Center for Sustainable Energy.

A pilot program proposed by Pacific Gas and Electric, however, is controversial, because some think it’s too large, too expensive and too likely to stifle competition. The proposed program would add a combined 7600 charging ports to the grid over the next three years and would be shouldered by ratepayers. Some politicians and industry groups have voiced opposition, saying the number and the terms of the program would give too much of an advantage to PG&E.

“It will not stimulate innovation, which this particular sector has been exploding in California in the last five years. From 2011-2015, there’s been a 652 percent growth in electric vehicle charging,” said Damon Conklin, a spokesman with the Electric Vehicle Charging Association. “The private sector has been growing steadily, and there are areas where an investor owned utility can come in and help enhance and grow, but not completely take over.”

Even though, it is much smaller than the 25,000-port plan it originally proposed, PG&E’s proposed program has not yet been approved. Smaller programs from San Diego Gas and Electric and Southern California Edison have been accepted by the California Public Utilities Commission.