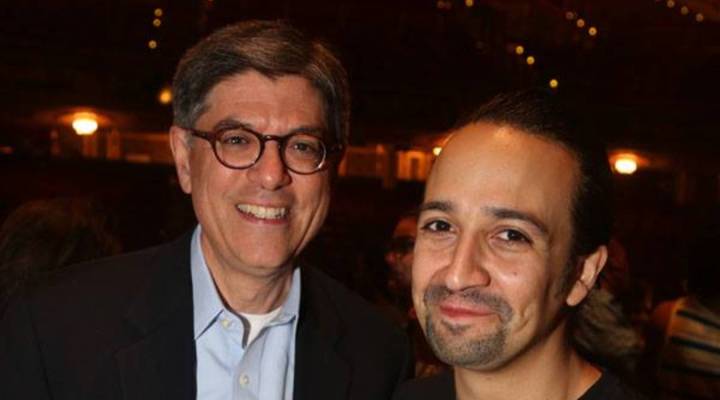 We couldn’t interview Jack Lew — Treasury Secretary and confirmed “Hamilton” fan — without asking him about the $10 bill.

We started this conversation, I started this conversation last summer. We’ve heard from millions of Americans. That means there’s people from around the country at school lunch tables, in senior centers, at workplaces talking about what woman should we recognize and how have women contributed to democracy in America. As a student of history, that is just exciting and thrilling that people are actually focused on this.

We’re doing something bigger than just one face on one bill and we’re going to be looking at a whole series of bills: the $5 bill, the $10 bill, the $20 bill. And we’re looking at how to use the front and the back of the bill to tell stories, and it is going to be a little bigger than people think because they kind of focus on the one piece of it. But stay tuned we’re going to have an interesting announcement.

Hmmm. Let’s just hope he’s not throwing away his shot.

Check out more from our interview with Lew and listen to the uncut version here.

What happens when you’re vaccinated and your partner isn’t?